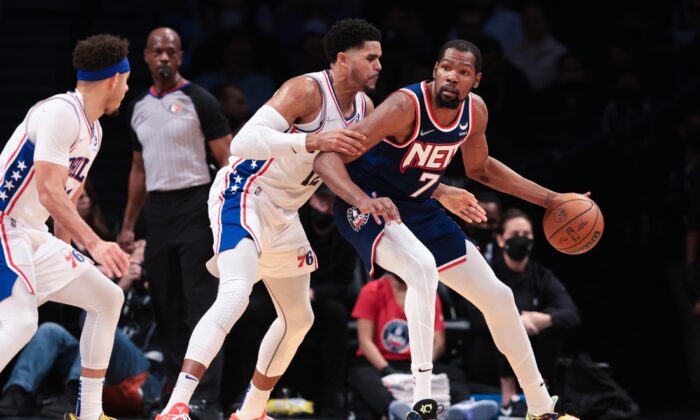 NBA Has No Plans to Pause Season Due to COVID-19, Commissioner Says

NBA Commissioner Adam Silver on Tuesday said the league is not planning to pause the season because of a recent uptick in COVID-19 cases.

In an interview with ESPN, Silver said the league has “looked at all the options” but so far has not seen any reason the season should be suspended.

“Frankly, we’re having trouble coming up with what the logic would be behind pausing right now,” Silver said.

“As we look through these cases literally ripping through the country, let alone the rest of the world, I think we’re finding ourselves where we sort of knew we were going to get to over the past several months, and that is this virus will not be eradicated, and we’re going to have to learn to live with it,” he said.

“I think that’s what we’re experiencing in the league right now.”

So far into December, more than 80 players from 20 teams were placed in NBA’s COVID-19 health and safety protocols, resulting in seven postponed games.

In an effort to reduce the postponements, the NBA and the NBPA reportedly introduced temporary rules regarding the signing of replacement players, allowing each team to sign one replacement player for every player under contract that tests positive for COVID-19.

Silver also revealed that almost all of the cases within the league involved the new Omicron variant.

“We’re up around probably 90 percent of the positive cases we’re seeing right now are Omicron,” he told ESPN.

Among teams dealing with active COVID-19 cases are Cleveland Cavaliers, which now have eight players in the protocols after Ed Davis joined his teammates on Tuesday.

The Brooklyn Nets have 10 players in protocols, including Kevin Durant, James Harden, and Kyrie Irving, who remains unvaccinated. The Nets said Irving will rejoin the team and play in road games, but won’t be able to play at home because he doesn’t meet New York City’s vaccination requirements.

The Boston Celtics, New York Knicks, and Sacramento Kings all have six players in protocols.

Under NBA’s COVID-19 health and safety protocols, any player whose COVID-19 test result returns positive or inconclusive has to spend 10 days in isolation with no physical activity. After that period, the player must undergo a cardiac screening and reconditioning before returning to the court.

The protocol also states that a vaccinated player can return if he tests negative for the virus in two consecutive tests 24 hours apart, or if it’s been 10 days without symptoms.

The NBA is not yet prepared to change these rules, Silver told ESPN.