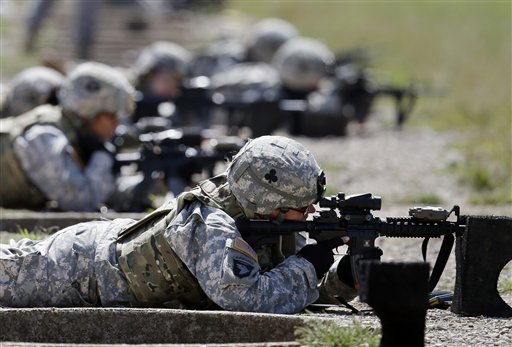 A Navy admiral says the legendary requirements for SEALs will not be changed for women.

The disclosure comes just months before the Navy has to roll out integration plans, with an April 1 deadline set.

Vice Adm. Bill Moran told the Military Times that he recently submitted his piece of the plan, but emphasized that there’s a more long-term outlook as opposed to pushing women into combat right away by lowering standards.

“For young women that want to be in that community, we’ve got to give them time to get ready,” he said of the SEALs training, which is so hard that nearly three-quarters of men drop out. “So I’m not in a rush to push the first one through and get at it that way.”

Moran said Navy officials reviewed the standards and decided that they needed to stay the same.

But even meeting these requirements doesn’t guarantee that the person becomes a SEAL. Of the hundreds of thousands who apply, less than 700 will be cleared for training, said NSW recruiting directorate commanding officer Capt. Duncan Smith last year.

Moran concluded that they’re not against women SEALs, but they need whoever becomes a SEAL to meet the standards.