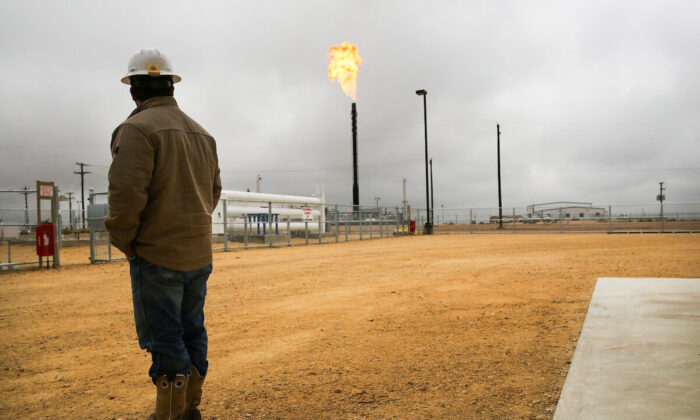 January natural gas futures rose to an intraday high as $4.335 per million British thermal units (Btu) on the New York Mercantile Exchange early on Dec. 2 but fell to $4.056/MMBtu, down 4.7 percent, to extend a week-long sell-off. Natural gas is poised for a weekly slide of about 16 percent, but the energy commodity is still up about 68 percent year-to-date.

Market analysts note that the sell-off has resulted in tremendous losses for speculators.

In recent sessions, there has been a focus on the “widowmaker” spread between March and April futures after it slumped to a 20-month low amid changing weather forecasts. This market metric emphasizes how tight supplies will be at the end of winter.

Moreover, there has been a sizable decline in investors’ premiums for next year’s summer contracts. Traders, market strategists note, are reassessing 2023 deliveries and the outlook for supply and demand.

This could be good news for consumers’ home heating bills, since about 40 percent of the country’s electricity supply is powered by natural gas. In October, U.S. electricity prices surged 6.5 percent year over year.

December is anticipated to be warmer than average in most parts of the United States.

The weather outlook from The Weather Company for this month shows that temperatures will be above average, stretching from Florida to the Mid-Atlantic to the West Coast. The only places that are forecast to experience colder than average temperatures are closer to the Canadian border, including in western Washington, the northern Great Lakes, and New England.

Meteorologists say that the mild December forecast is being driven by La Niña and a strong polar vortex.

If these conditions persist in the United States, industry experts prognosticate that warmer weather could extend well into winter. It’s this belief that has fueled the sell-off in natural gas markets.

Is the Bull Case for Natural Gas Over?

Have the bears taken over the natural gas market?

This summer, it had appeared that the United States would be undersupplied heading into the colder months. However, because autumn months were warmer than expected, stockpiles were able to be refilled, said John Kilduff, partner at Again Capital.

“Storage levels are now in-line with the five-year average. The relative warmth last week, this week, and in the forecast for mid-December has just wrecked the bull case,” he said.

“Near-term weather forecasts are suggesting bearish weeks ahead, and storage inventories have returned to normal levels (just 1.6% below the 5-year average) in recent weeks,” she said in a note. “The combined effect has driven spot and futures prices further down.”

However, liquefied natural gas (LNG) exports are projected to remain close to the 10 billion cubic feet per day range for the rest of 2022 and winter season, “so we will likely see prices remain elevated and within the $4.00–5.00 per MMBtu range,” McClain said.

Data compiled by commodity consultants Kpler show that U.S. LNG exports totaled 6.1 million tons last month, up from 5.96 million in October. That’s the most since May.

For the European market, heating demand is growing, and fears over tight supplies haven’t dissipated. Commodities experts are still anticipating tightness in European gas levels that could leave prices seasonally high for much of 2022.

“Concerns over low gas storage levels in Europe have not eased and this is likely to be a concern through the winter, as heating demand only grows,” said Warren Patterson, the head of commodities strategy at ING, in a note.

“These worries over tightness should mean that prices remain elevated, yet volatile for the remainder of this year and into early next year. We expect that European gas prices will start to ease once we are past the peak of winter demand, although given that Europe could finish winter with historically low inventories, we still believe that prices will remain seasonally high over much of 2022.”

Europe has been able to garner more LNG cargoes. Kpler numbers show that Europe imported 6.29 million tons in November, up from 5.96 million in October. This was also the largest amount since April.

In Europe, the average residential consumer’s electricity bill has climbed 13 percent from a decade ago. Any easing could reduce pressure on household energy costs.

While crude oil appears to be driven by concerns over the Omicron variant, natural gas prices are trading on the present supply-and-demand fundamentals.