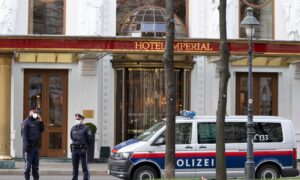 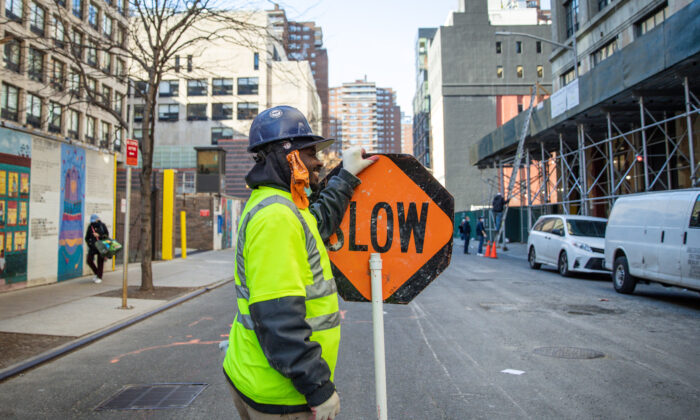 The CEO of a national trade association representing more than 21,000 members across the country says there are a number of ideas and proposals in the $2.3 trillion infrastructure plan that would hurt taxpayers and those in the construction industry.

Michael D. Bellaman, president and CEO of Associated Builders and Contractors, said that while infrastructure is something in need of funding and repair, the projects, many of which relate to social infrastructure, seem to be “more politically driven.”

During a wide-ranging interview with The Epoch Times, Bellaman said the plan poses “real challenges” to the construction industry. There are the tax hikes on job-creating constructions firms (traditionally the highest-taxed industry), which are still recovering from the pandemic.

“About 98 percent of construction companies employ less than 100 people,” he said. “These are family businesses, small businesses. Raising taxes takes out dollars that we’ve seen companies invest into their businesses.”

At the same time, the infrastructure plan calls on Congress to pass the Protecting the Right to Organize (PRO) Act, which aims to “guarantee union and bargaining rights for public service workers.”

“You’re essentially eliminating 87 percent of the construction companies that are betting on the work,” Bellaman told The Epoch Times. “I think that’s a huge, huge problem. Now by putting in the PRO Act, they’re basically trying to force all nonunion labor to become union labor. It obviously eliminates worker choice.”

Construction companies should compete for the work on behalf of the American taxpayer, he said. “Raising taxes on companies and then not allowing those companies to compete—I don’t really think it’s fair.”

The PLA’s don’t “make any kind of economic sense,” he said, noting that it drives up costs by 12 to 18 percent, which results in fewer infrastructure improvements and reduced construction industry job creation.

Only 12.7 percent of America’s private construction workforce in 2020 belonged to a union, according to data from the Bureau of Labor Statistics.

According to Bellaman, the PRO Act should be eliminated from the infrastructure plan.

The Biden administration should look into innovative public–private partnerships, something the government has previously used in the past, according to Bellaman. These partnerships can also help fund part of the infrastructure, he said, without relying so much on tax hikes.

To his knowledge, the administration has not spoken with the construction industry or Associated Builders and Contractors during its formulating of the infrastructure plan. He said they have offered their ideas to the administration and welcome any opportunity to discuss the package.

Much of Biden’s infrastructure plan includes climate change initiatives. According to Bellaman, the marketplace has already been building green infrastructure and projects over the past decades. However, the construction around solar farms and wind energy over the past years has “been done in a much more responsible sense in terms of supply and demand.”

It’s tough to be optimistic about bipartisanship amid the current rhetoric and narrative, but Bellaman said it is definitely needed.