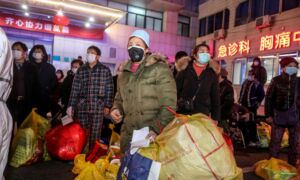 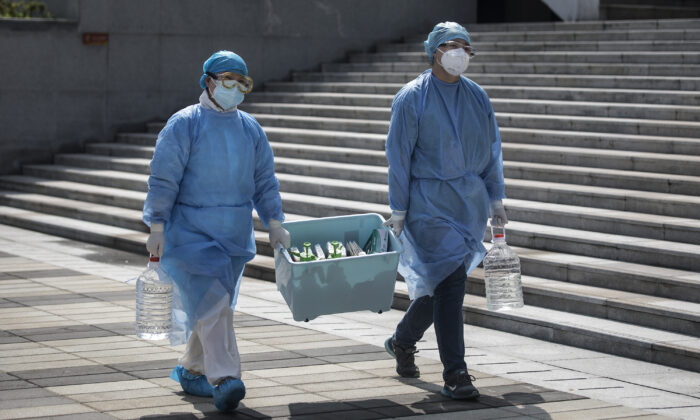 Chinese officials covered up the initial outbreak of the new coronavirus, costing the world some two months in response time, U.S. national security advisor Robert O’Brien said, in some of the strongest remarks against the regime in Bejing about the spread of the virus.

In response to Chinese officials’ recent claims that the virus didn’t start in the country, O’Brien said that just isn’t true.

“It originated in Wuhan in Hubei Province in China; it originated some time ago,” O’Brien said March 11 during an event at the Heritage Foundation in Washington. “Unfortunately, rather than using best practices, this outbreak in Wuhan was covered up. There’s lots of open-source reporting from China, from Chinese nationals, that the doctors involved were either silenced or put in isolation or that sort of thing, so that word of this virus could not get out.

During that time period, scientists could have sequenced the virus, and teams from the U.S. Centers for Disease Control and Prevention and the World Health Organization (WHO) could have been on the ground.

“I think we could have dramatically curtailed what happened in China and what’s now happening across the world,” O’Brien said.

The virus, which causes a disease called COVID-19, has spread to more than 100 countries, infecting more than 110,000 people and killing thousands.

China eventually allowed a team from WHO to visit, but only after weeks of negotiations. China never let a team of U.S. scientists into the country, although several individuals were on the WHO team.

The joint WHO–China mission produced a report that largely praised actions taken by China and made little mention of indications that the Chinese Communist Party (CCP) had moved to silence critics and whistleblowers.

The Epoch Times has obtained scores of internal documents that show the disparity between China’s official statements and figures and the real situation in the country. Documents from Shandong health officials showed that infections were up to 52 times higher than officially reported figures. Other documents showed that authorities were requiring government offices to destroy data related to the virus outbreak.

Internal government reports showed that Chinese officials in Hubei Province, where the virus is most severe, have reported a slew of problems but authorities have prioritized controlling the society and manipulating public opinion on the epidemic. Another document showed that communist officials were ramping up propaganda that attempted to portray the spread of the virus in a positive light.

At the same time, Chinese state-run media have been spreading propaganda and fake news about the virus outbreak in the United States.

Other U.S. officials have raised concerns about how China has handled the new virus, which emerged in Wuhan late last year.

Beijing’s attempts to censor “the sheer extent of this global public health crisis” have brought such CCP goals into full display: from downplaying death toll numbers and stifling critics, to silencing whistleblowers who raised red flags about the virus during the outbreak’s early stages, Lea Gabrielle, who leads the Global Engagement Center at the State Department, said during a Senate hearing this month.

Russia is also attempting to spread false narratives about the virus, she told lawmakers.

O’Brien concluded that China is to blame for many issues.

“The way that this started out in China, the way it was handled from the outset, was not right. It should have been handled differently,” he said.

Eva Fu and Nicole Hao contributed to this report.