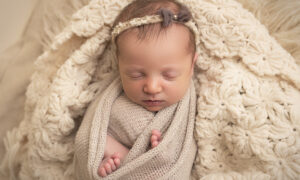 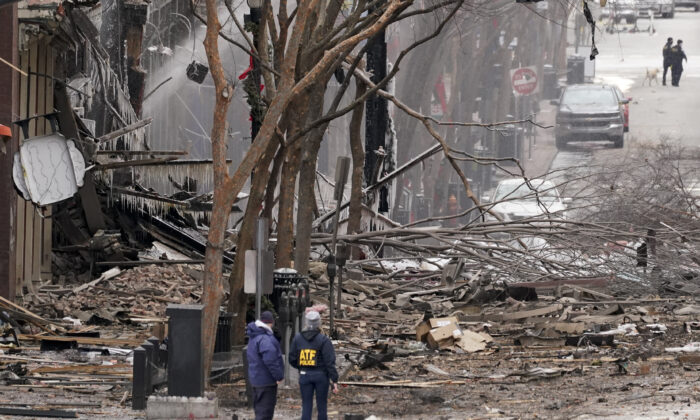 Emergency personnel work near the scene of an explosion in downtown Nashville, Tenn., on Dec. 25, 2020. (Mark Humphrey/AP Photo)
US News

Nashville Mayor John Cooper said there is no update yet on a possible person of interest in the city’s Christmas Day bombing near an AT&T facility.

Cooper, speaking on CBS News’ “Face the Nation” on Sunday morning, did not answer questions about a person of interest in the bombing. “Well, there’s no update yet, but I think everybody feels like there is a lot of momentum behind the investigation,” he said of a possible person of interest.

Infrastructure was the target of the attack—not people, he said, citing what other authorities said. Other questions about the incident will be answered “relatively soon,” Cooper told the network.

“Questions will be answered relatively soon,” he added. “We’ve got hundreds of agents on the ground working very hard.”

Cooper noted that in the vicinity of the blast, there is a large AT&T telecommunications facility.

The vehicle “was parked adjacent to this large, historic AT&T facility, which happens to be in downtown Nashville, somewhat surprisingly,” he told CBS. “And to all of us locally, it feels like there has to be some connection with the AT&T facility and the site of the bombing. You know, and that- that’s just- that’s a bit of just local insight in because it’s got to have something to do with the infrastructure.”

Investigators from multiple federal and local law enforcement agencies were at a home in Antioch, in suburban Nashville, after receiving information relevant to the investigation, said FBI Special Agent Jason Pack, according to The Associated Press.

Photos showed what appeared to be federal agents looking around a piece of property, a home, and a backyard. A motive in the case has not yet been determined.

“It’s just going to take us some time,” Douglas Korneski, the special agent in charge in charge of the FBI’s Memphis field office, said at a Saturday afternoon news conference. “Our investigative team is turning over every stone” to understand who did this and why.

Last week, the mayor issued a “state of civil emergency” after the Christmas Day RV bombing.

Cooper wrote that Executive Order 12 will implement “a state of civil emergency proclaimed within the area bounded by James Robertson Parkway, 4th Ave North, Broadway, and the Cumberland River.” He added that the curfew will be lifted Sunday, Dec. 27 at 4:30 p.m.

Human remains were found at the scene. Beyond that finding, the only known casualties were three injured people, reports said.

The infrastructure damage, meanwhile, was broadly felt, due to an AT&T central office being affected by the blast. Police emergency systems in Tennessee, Kentucky, and Alabama, as well as Nashville’s CCP (Chinese Communist Party) virus community hotline and a handful of hospital systems, remained out of service.

Cooper, meanwhile, said Sunday that AT&T is working to send trucks to get parts of Nashville online again after the bombing incident.