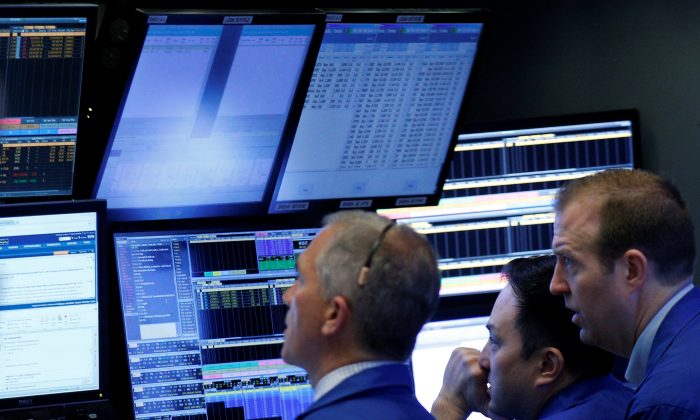 The Nasdaq breached the 6,000 mark for the first time ever on Tuesday, spurred by a raft of strong corporate earnings and President Donald Trump’s promise of a major tax reform plan.

The tech-heavy Nasdaq rose as much as 0.4 percent to hit a record level of 6,007.72 helped by gains in Biogen and Apple.

The index first breached the 5,000 mark on March 7, 2000 and closed above that level two days later during the height of the tech boom. Biogen’s shares jumped more than 4 percent after the biotech company reported better-than-expected quarterly profit and revenue on Tuesday.

Trump promised last week to make “a big tax reform and tax reduction” announcement on Wednesday. The president has directed his aides to move quickly on a plan to cut the corporate income tax rate to 15 percent from 35 percent, a Trump administration official said on Monday.

Nine of the 11 major S&P 500 sectors were higher, with materials  and financials in the lead.

Tuesday’s gains build on a day-earlier rally, which was driven by the victory of centrist candidate Emmanuel Macron in the first round of the French presidential election. Polls show Macron is likely to beat his far-right rival Marine Le Pen in a deciding vote on May 7.

“The French vote and Trump’s plan to slash corporate taxes to 15 percent are two powerful forces that will still likely contribute to a positive trend as earnings prove to be better than expected,” Peter Cardillo, chief market economist at First Standard Financial wrote in a note.

Of the 100 S&P 500 companies that have reported results so far, 77 percent have beaten profit expectations, according to Thomson Reuters I/B/E/S. Over the past four quarters, 71 percent of the companies had beaten estimates.

Sandwich supplier AdvancePierre Foods jumped 9.2 percent after Tyson Foods said it would buy the company for about $3.2 billion in cash.