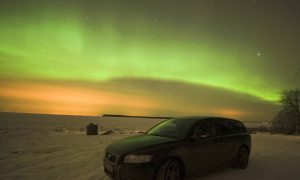 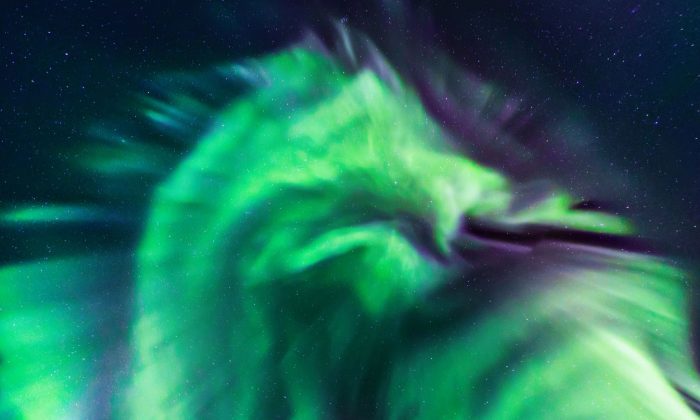 NASA Shares Photo of Unusual ‘Dragon’ Aurora in the Sky

NASA shared an incredible image of an aurora that was shaped like a huge dragon charging across the sky earlier this month.

The space agency posted the photo as part of its Astronomy Picture of the Day, where a photo or an image captured on camera from the universe is featured.

The dragon-shaped aurora was captured by Jingyi Zhang and Wang Zheng in Iceland, according to NASA. The space agency said the display was so mesmerizing, the photographer’s mother ran outside to see and was captured in the foreground of the photo.

“Have you ever seen a dragon in the sky? Although real flying dragons don’t exist, a huge dragon-shaped aurora developed in the sky over Iceland earlier this month,” NASA wrote in their post.

“The aurora was caused by a hole in the sun’s corona that expelled charged particles into a solar wind that followed a changing interplanetary magnetic field to Earth’s magnetosphere. As some of those particles then struck Earth’s atmosphere, they excited atoms, which subsequently emitted light: aurora,” the post continued. The magnetosphere is a vast, comet-shaped bubble around our planet, according to the University of Alaska.

The lights are usually seen in the magnetic poles of the northern and southern hemispheres and are usually known as “Aurora borealis” in the north and “Aurora australis” in the south, according to the Northern Lights Center.

Auroras can appear in many colors but green and pink are the most common. Moreover, the lights appear in many forms such as in patches or scattered clouds of light to streamers, arcs, rippling curtains or shooting rays that light up the sky.

NASA said the amount of auroral activity occurring this month is unusual due to the lack of sunspots appearing on the sun.

The National Oceanic and Atmospheric Administration (NOAA) has an aurora forecast model that shows the intensity and location of the aurora predicted. The agency says the probability of the forecast is based on current solar wind conditions.

According to the Northern Lights Center, the best places to watch the lights in North America are in the northwestern parts of Canada like Yukon, Nunavut, Northwest Territories, and Alaska. They can also be observed over the southern tip of Greenland and Iceland, the northern coast of Norway and over the coastal waters north of Siberia.