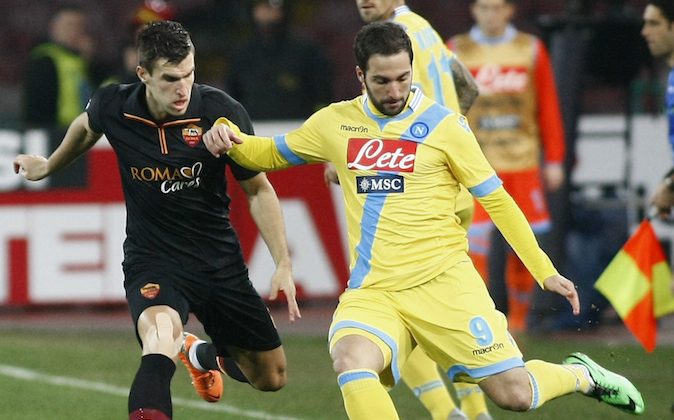 The game will be broadcast on Sky Supercalcio HD, Sky Calcio 1, and Sky Sport 1 HD Italia in Italy.

The game will also air on beIN Sports USA, , RAI Internazionale in the United States.

Napoli have drawn three and won two of their last five matches.

Roma have drawn two, won two, and lost one of their last five matches.

Roma won their last league encounter by a score of 2-0.

While they had fewer shots on target (13 to 15), they were more clinical, hitting the target slightly more often (4 to 3) than Napoli and scoring two goals.

Roma are the favored team to win this fixture.