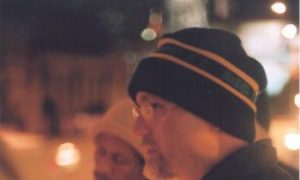 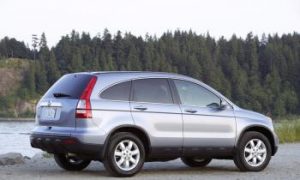 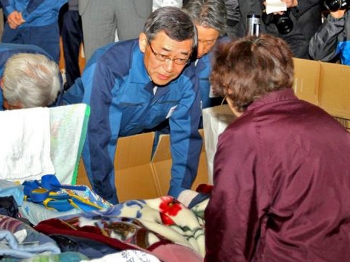 By Helena Zhu
Print
Prime Minister Naoto Kan’s government has included some towns outside the 12-mile (20-kilometer) evacuation zone around the crippled Fukushima Daiichi nuclear plant to also be evacuated.

All residents in Iitate, Katsurao, Namie, and some in Kawamata and Minamisoma must evacuate from their homes by late May, Chief Cabinet Secretary Yukio Edano said at a news conference on Friday. The number of residents affected totals about 10,500.

"If people continue to live in the area, the cumulative radiation level may exceed 20 millisieverts a year," said Edano, according to The Japan Times. "Considering the effect it may have on people's health, we would like those people to evacuate to a different location in an orderly manner."

The announcement came a day after the government declared the 12-mile evacuation zone as a no-go area as Tokyo Electric Power Co., the operator of the plant, continues to struggle with bringing the nuclear crisis under control.

With the area becoming a legally binding no-entry zone, unauthorized entry is subject to a fine of up to 100,000 yen ($1,221) and possible detention for up to 30 days, under a special nuclear emergency law.

Those working to contain the nuclear crisis at the plant are not prevented from entering the zone.

On Friday, Edano also designated areas within the 12- and 19-mile radius as “emergency evacuation preparation zones.”

Edano promised that the government will ensure “appropriate compensation” is paid to affected farmers.