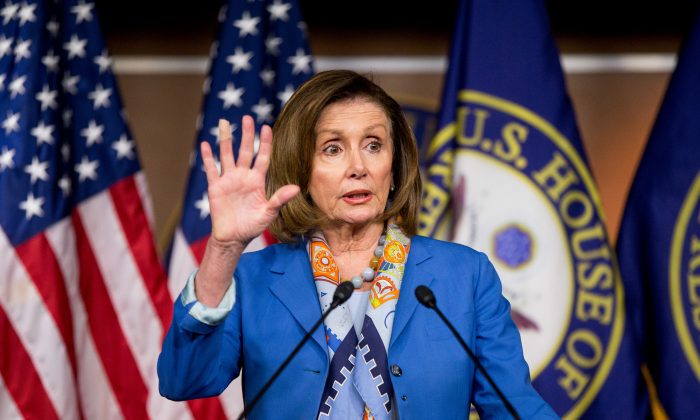 House Minority Leader Nancy Pelosi of Calif. speaks during her weekly news conference on Capitol Hill in Washington, Thursday, May 19, 2016. In a breakthrough, House Republicans and Democrats have agreed to a deal to help rescue Puerto Rico from $70 billion in debt. (AP Photo/Andrew Harnik)
Politics

House Democrats are bracing for a secret ballot on Wednesday as members of Congress returned to Washington, D.C. on Tuesday to determine the future of the party following devastating election losses that saw the executive and legislative branches come under Republican control.

Longtime Rep. Nancy Pelosi (D-Calif.) is facing stiff competition from Rep. Tim Ryan (D-Ohio), but she is seen as a favorite to keep her spot as leader of House Democrats. Pelosi has led the party since 2003.

“The level of frustration in our caucus is as great as I have seen it,” Ryan told NBC’s “Meet the Press” on Sunday.

On Tuesday, Ryan told CNN’s “New Day” that he is “within striking distance” of Pelosi, noting that he has “a lot of support and a lot of people that are helping us.”

“I think a lot of people are going to be surprised tomorrow,” he said of Wednesday’s vote. “We have a lot of support.”

Ryan said he will have more endorsements coming in for him on Tuesday. Ryan said Reps. Stephen Lynch of Massachusetts and Dan Lipinski of Illinois are now supporting his bid as of Tuesday.

“We’re not winning—that’s the main beef I have,” Ryan said.

Ryan has contended that Pelosi, who is from San Francisco and is despised among Republican voters, has lost touch with common voters.

“We have got to have the right messenger,” he said, according to The Hill. “We have got to have someone who cannot just go on MSNBC, but go on Fox and Fox Business and CNBC and go into union halls and fish fries and churches all over the country and start a brush fire about what a new Democratic Party looks like.”

Some newer members have also complained that Pelosi, 77, and other high-ranking Democratic members of Congress have reigned for too long.

“Leader Pelosi is an incredibly strong fundraiser, she’s an incredibly dynamic leader, she gets out there and gets the caucus to do things together that most other leaders would have a very hard time doing. But that’s come at an expense,” a former Democratic leadership source told the Hill on Monday.