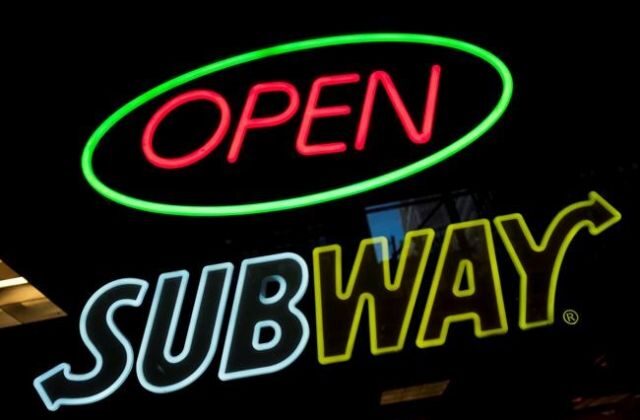 A Subway fast food restaurant sign is shown in New York on Oct. 24, 2016. A defamation lawsuit by the world’s largest fast-food operator against Canada's public broadcaster over a report on the chain's chicken sandwiches can proceed, Ontario's top court has ruled. (The Canadian Press/AP/Mark Lennihan)
Southern California

A man who set fire to a potato chip rack at an Anaheim Subway while naked is set to be arraigned March 18.

Police said the charges came after a nude man walked into a Subway at 110 W. Lincoln Ave. about 6:30 p.m. March 8 and set fire to a potato chip rack with a lighter. He used no accelerant when setting the fire, Anaheim Police Department spokesperson Shane Carringer said.

“An employee drug [the potato chip rack] outside as soon as it caught on fire,” Carringer told The Epoch Times March 17. “I think it just burned itself out.”

The culprit “also tried to light an ATM machine on fire that was on the counter. The fires were relatively small had they not gone out on their own or been moved and dealt with,” Carringer said.

This was not Ackroyd’s first brush with the law. The 50-year-old Anaheim resident was convicted of exposing himself in both 1993 and 2008, though Carringer could not say what punishments he received for those crimes.

Anaheim police had no record of him committing arson previously, Carringer said.