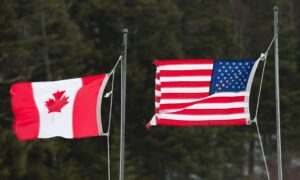 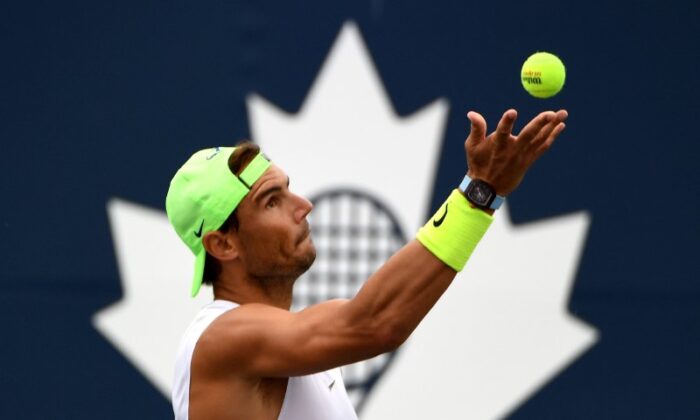 Rafael Nadal of Spain prepares to serve as he practices on a day off before playing in the National Bank Open at Aviva Centre, in Toronto, Canada, on Aug. 10, 2021. (Dan Hamilton/USA TODAY Sports via Reuters)
Tennis

Rafa Nadal’s U.S. Open preparations have suffered another setback after the Spaniard withdrew from next week’s Cincinnati hardcourt event with a nagging foot issue, organizers of the Masters 1000 tournament said on Wednesday.

Nadal suffered a shock exit last week in Washington, where he kicked off his lead-up to the U.S. Open, and on Tuesday pulled out of the ongoing Masters 1000 event in Toronto with a left-foot issue.

The Spaniard is the latest in a number of high-profile names to sit out next week’s Western & Southern Open, joining a list that includes Novak Djokovic, Roger Federer, Serena Williams, and Sofia Kenin.

In his pre-tournament news conference in Toronto on Sunday, Nadal said a recurring foot issue he has been dealing with since 2005 returned at the French Open, where he fell to eventual champion Djokovic in the semifinals.

When discussing his Toronto withdrawal Nadal, who also sat out Wimbledon and the Tokyo Olympics, said: “With this pain, I am not able to enjoy, and I really don’t believe that I have chances to fight for the things that I really need to fight.”

Canadian Milos Raonic, who was runner-up at the 2020 Western & Southern Open, which was held in New York in a bid to limit travel ahead of the U.S. Open due to the COVID-19 outbreak, has also withdrawn from the Cincinnati event with a heel injury.