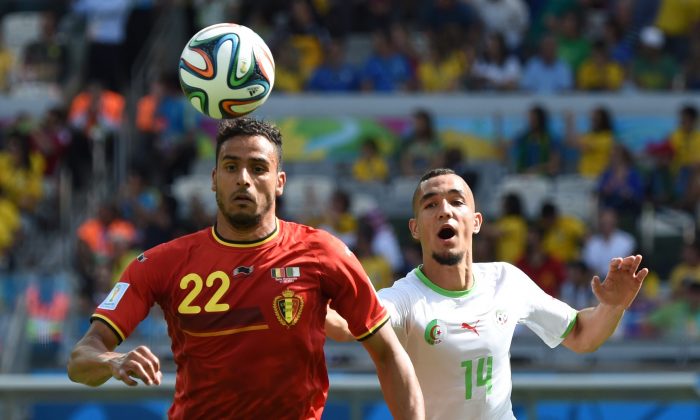 Belgium's midfielder Nacer Chadli (L) and Algeria's midfielder Nabil Bentaleb vie for the ball during a Group H football match between Belgium and Algeria at the Mineirao Stadium in Belo Horizonte during the 2014 FIFA World Cup on June 17, 2014. (CHRISTOPHE SIMON/AFP/Getty Images)
Soccer

How did Tottenham Hotspur player Nacer Chadli fare in the 2013/2014 season?

The 24-year-old Belgium international joined Spurs from Twente in 2013.

According to WhoScored.com, Chadli made 19 appearances in all competitions for Tottenham, 10 times coming off the bench, scored 4 goals, and provided 4 assists.

Chadli has been having a subdued World Cup 2014 so far, in part because he is not getting much time on the pitch.