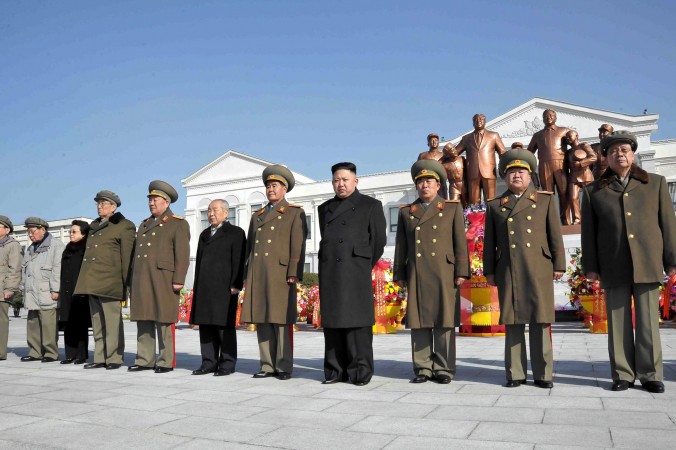 North Korea’s Ministry of Foreign Affairs warned foreign embassies in Pyongyang on April 5 that they should evacuate by April 10. Foreign diplomats have decided to stay in Pyongyang for now.

The United Kingdom (UK) Foreign and Commonwealth Office released a statement following the warning: “We are consulting international partners about these developments. No decisions have been taken, and we have no immediate plans to withdraw our Embassy.”

The United States does not have a diplomatic mission in North Korea; most Americans in the country are there with nongovernmental organizations and are under the protection of the Swedish Embassy.

In an April 5 press briefing, U.S. Department of State spokesperson Victoria Nuland said, according to a transcript on the department’s website: “We have been in touch with the Swedes, our protecting power in the D.P.R.K. [Democratic People’s Republic of Korea], because, obviously, if they were to change their status, we would have to inform American citizens and the D.P.R.K. At this point, we have no reason to believe that they will make any changes.”

Germany has chosen to keep its diplomats in place for the time being, reports English language publication in Germany The Local.

Russia’s Foreign Minister Sergey Lavrov told the Associated Press (AP): “This proposal has been sent to all the embassies in Pyongyang. … We are now trying to clarify the situation. We asked our North Korean neighbors a few questions that need to be asked in this situation.”

Lavrov wondered what kind of weight the warning held—was it a strong order to leave, or merely a proposal?

The U.S. Embassy in South Korea told Americans there that it has “no specific information to suggest an imminent threat to U.S. citizens or facilities” in the region, Nuland said.

“We’ve talked about this all week,” Nuland said, “I mean, this is just an escalating series of rhetorical statements, and the question is: To what end?”

The UK Foreign and Commonwealth Office stated: “We condemn this behavior and urge the North Korean Government to work constructively with the international community, including over the presence of foreign Embassies.”