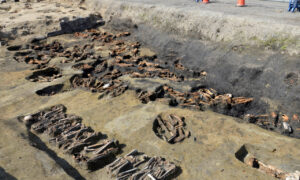 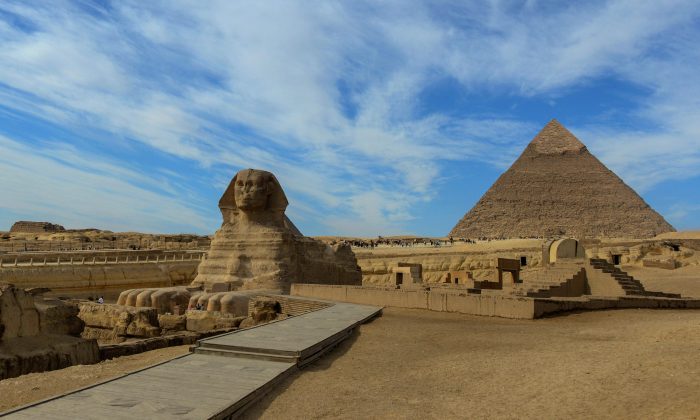 The Sphinx at the Giza Pyramids complex on the outskirts of the Egptian capital Cairo on Dec. 6, 2017. (Mohamed El-Shahed/AFP/Getty Images)
archaeology

Discoveries regarding the unusual “Screaming Mummy” in Egypt spark even more questions as the mummy goes on display.

The mummy stands out in several regards, notably for how it was preserved with an expression of agony on its face—as if forever screaming.

Previously, a popular theory of the mummy’s origin had considered it the body of Prince Pentewere, son of Pharaoh Ramses III and one of his wives, Tiye, The Sun reported.

Tiye plotted to kill the Pharaoh and put her son Pentewere in his place. But the plot failed. The conspirators were put on trial and Pentewere was likely forced to take his own life.

But Dr. Bob Brier, an archaeologist at Long Island University in New York, examined the mummy and suggested there may be more to the story.

“Two forces were acting on this mummy: one to get rid of him and the other to try and preserve him,” he said.

On one hand, the mummy was covered in sheepskin, which would mean the person died in disgrace. Also, usual protective items were missing from the coffin, National Geographic reported.

But on the other, the body was mummified to ensure life after death, based on what we understand about ancient Egyptian beliefs, and was buried alongside other royals.

“For some reason, there was an attempt to make sure that he didn’t have an afterlife, and in another attempt, somebody cared about him and tried to override that,” Brier said.

The “Screaming Mummy” is on display this week at the Egyptian Museum in Cairo. It’s the first time the museum has put it on display. Since the museum obtained it, the mummy was kept in its coffin in the storage area.