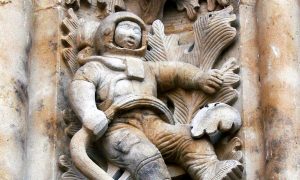 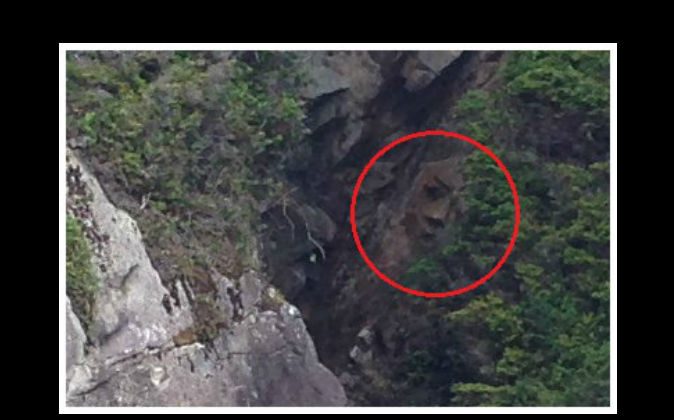 Mysterious, Giant Face Found on Cliff in Canada—Man-Made or Natural?

Parks Canada is trying to figure out how a face, estimated to be about 7 feet tall, appeared on a cliff in a remote region of Canada. It was discovered a few weeks ago by Hank Gus of the Tseshaht First Nation. He’d been searching for it for two years.

In 2008, a kayaker had reported seeing it and sent a photo of it to Parks Canada, but could not identify the precise location. Parks Canada had contacted the Tseshaht administration office to ask about it and Gus eventually began his search.

The debate now is whether it is man-made or a natural formation.

It is difficult to get to. Gus estimated it’s about 40 feet up from the bottom of the cliff face and about 25 feet from the top. A rugged coastline and rough waters have prevented further investigation these past few weeks, reported CTV News. It is located on Reeks Island, part of the Broken Group Islands, in British Columbia.

Parks Canada First Nation’s program manager Matthew Payne told ABC News: “The Tseshaht has lived in area for thousands of years, so we working with the First Nations to find out if there are any oral histories the face could link back to.”

Discovery News noted that, “There are psychological reasons why people see faces where they don’t exist: It’s a phenomenon called pareidolia, in which the brain sees faces in ambiguous stimuli such as clouds, coffee stains, and rocks. The human brain is hard-wired to recognize faces; in fact faces are the first things that babies learn to recognize, and parts of the brain are specialized for finding and recognizing faces.”

Is this a case of pareidolia or is it the handiwork of someone who scaled the difficult landscape long ago?

Gus told CTV it reminds him of a carving on the door of the Tseshaht administration offices of “Ugi,” a symbol of the wind.