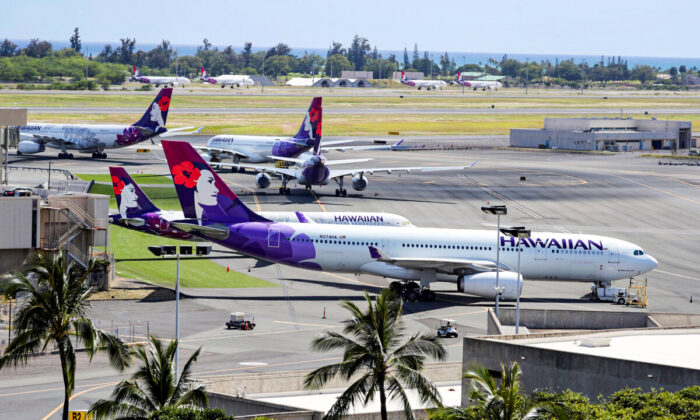 Under the deal, the companies are in the initial stages of implementation and the wireless internet is expected to be installed on select aircraft next year, Hawaiian said.

Starlink, a unit of SpaceX, has been in talks with various airlines for months to provide the in-flight internet service as it seeks to expand its reach beyond consumers and households in rural areas of the globe with little to no internet access.

Hawaiian said it will equip its Airbus A330 and A321neo aircraft, as well as an incoming fleet of Boeing 787-9s with Starlink’s satellite internet connectivity service.

Last week, the Wall Street Journal reported that Delta Air Lines has held talks with Starlink and had conducted exploratory tests of its technology.

SpaceX has sought regulatory approval from the U.S. Federal Communications Commission to operate Starlink on airplanes and shipping vessels and had previously tested the internet network on a handful of Gulfstream jets, as well as military aircraft.

Hawaiian said it is not currently planning to deploy the service on its Boeing 717 aircraft that operate short flights between the Hawaiian Islands.