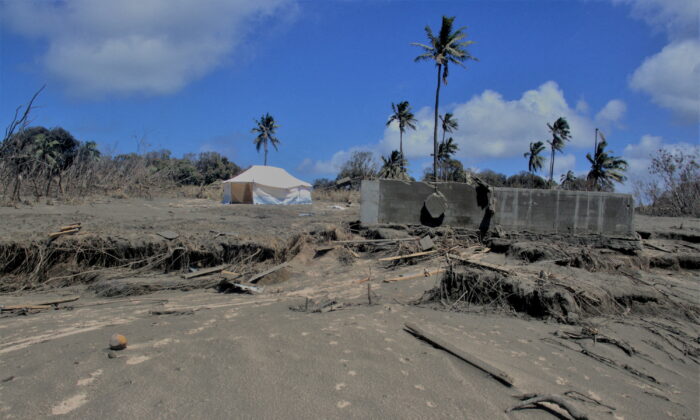 SYDNEY—Elon Musk’s satellite venture has launched a free high-speed internet service to connect remote villages in Tonga that have been cut off since a devastating volcanic eruption and tsunami in January.

Tonga’s prime minister, Siaosi Sovaleni, said in a ceremony on Wednesday in the capital, Nuku’alofa, that 50 VSAT terminals provided free of charge by Musk’s SpaceX would be distributed to the outlying islands worst hit by the tsunami.

“It is rather paradoxical for a devastating volcanic eruption and tsunami to bring to our shores the latest in satellite and communications technology,” he said in a speech broadcast by Tonga Broadcasting Commission.

“Elon Musk probably didn’t know much about Tonga until January 15, but gave generously.”

The service will remain in place and free until a submarine cable connecting the outlying islands with Tonga’s main island Tongatapu is repaired.

The international cable connecting Tonga to Fiji was restored on Tuesday, after a 92 km section was replaced. The domestic cable was closer to the volcanic eruption and will take up to nine months to replace, Tonga Cable says.

Tonga Cable chief executive James Panuve said the Starlink service would help “isolated villages in desperate need of connectivity”, and credited the prime minister for negotiating with Musk after he made the offer.

PM Sovaleni said it had all started with “a simple letter” from a New Zealand politician, Dr Shane Reti, addressed to Musk and seeking his assistance to provide Starlink internet to the people of Tonga cut off from the outside world.

The letter was sent on Jan. 17, two days after the eruption. On Jan. 21, Musk replied on Twitter to a Reuters story reporting it would likely take a month for internet connectivity to be restored after damage to the archipelago’s sole subsea communications cable.

“Could people from Tonga let us know if it is important for SpaceX to send over Starlink terminals?” Musk asked in his post.

Expatriate Tongans, unable to reach loved ones after the tsunami, replied that it was.

Sovaleni said Musk set up a Starlink gateway station in Fiji and was donating 50 VSAT terminals and free capacity “during the emergency period”.

Sovaleni said 85 percent of Tongans had been impacted by the volcano and tsunami, with damage amounting to 20 percent of gross domestic product. Four people were killed.

The prime minister urged Tongans to enjoy the fast online speeds from the safety of home, amid Tonga’s first COVID-19 outbreak, which grew to 254 cases on Tuesday.