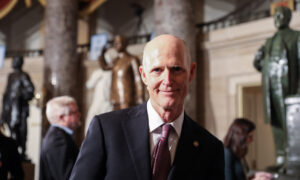 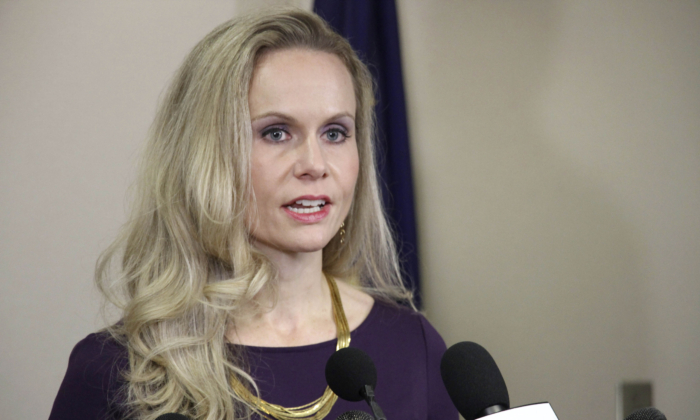 Murtaugh confirmed the roster in an email to The Epoch Times. Politico was the first to report on the details.

Mary Ann Pruitt of PS Strategies in Alaska joined Tshibaka as a consultant, according to Murtaugh. Pruitt worked as a media consultant for Murkowski’s 2016 campaign.

Tshibaka resigned from her post as the head of Alaska’s Department of Administration to campaign against Murkowski. In a campaign video, she described herself as “conservative, pro-life, pro-Second Amendment and America First, always.”

Murkowski is among a handful of Republicans who has frequently criticized Trump and sided with Democrats on key votes. Club for Growth, an advocacy group tracking lawmakers’ votes on legislation related to economic freedom, ranks her lower than some far-left Democrats. She is only one of two Republican senators to receive a failing grade on the pro-life scorecard maintained by the Susan B. Anthony List.

“There has been a Murkowski in the Senate since 1981,” Tshibaka said, referring to the Senate tenure of Murkowski’s father, Frank Murkowski, who appointed his daughter to succeed him in the U.S. Senate after he was elected governor of Alaska.

“So what has she been doing in Washington, D.C.? Well, she’s been voting with all of those D.C. insiders, especially the liberal ones. She’s been hurting our way of life. She’s become more like them than us.”

Murkowski was among the seven Senate Republicans who voted in favor of convicting Trump during the second impeachment trial, in which he was ultimately exonerated. The former president has since vowed to make sure Murkowski is defeated in the Republican primary in 2022. Trump hasn’t endorsed a candidate in the race.

Earlier this month, state Republican Party leaders voted to censure Murkowski over her impeachment vote. Party leaders in other states took similar measures against Republicans who voted as she did.

All but two of the House Republicans who voted to impeach Trump are also facing primary challenges. Trump has already thrown his support behind Max Miller, a former Trump White House official who is challenging Rep. Anthony Gonzalez (R-Ohio).

Murkowski filed a statement of candidacy with the Federal Elections Commission on March 9.

Her resume includes work in the offices of inspector general for the U.S. Postal Service, Federal Trade Commission, and Department of Justice before joining Gov. Mike Dunleavy’s administration.

Alaska instituted election reforms last year that scrapped party primaries for a system in which the top four candidates advance to the general election. The state also instituted a ranked-choice voting system for general elections.