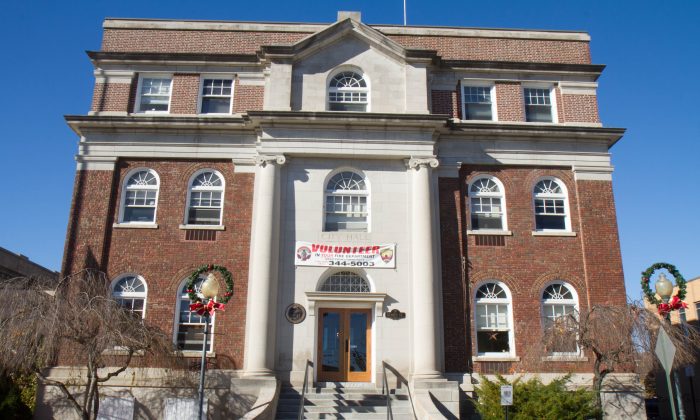 Equilibrium Brewery closed on the purchase of their new building, a former meat-packing plant at 22-28 Henry St., early November. The brewery said in a Facebook post it would be starting construction the week of Dec. 12. This will be Middletown’s second craft brewery after Clemson Bros. Brewery opened in October.

Mayor DeStefano said the proposed 2016 budget is balanced and has stayed within the state’s mandated 3 percent property tax cap, but it does have subsidies from the city’s fund balance and three vacant firemen positions were cut. He warned there would be tough decisions going forward since the budget contained both fund balance money and one-shot revenue sources, which cannot be relied on year after year. There will be a budget hearing on Dec. 1 at 6:00 p.m. in the Mayor’s office.

The city may move to picking up garbage with a mechanical arm, Mayor DeStefano said, and that would require residents to start using cans. Even if that doesn’t happen, he asked that residents use cans to prevent the bags being torn open and the garbage from spreading.  “Now the crows are in town, and they’ve been tearing open the bags and littering all around,” DeStefano said. It is also a safety hazard for sanitation workers, he said.

King Street Bid
The council approved a bid for the King Street project, which will transform King street to a pedestrian walkway. According to one of the owners of Sugar Shack, Tony Monaco Landscaping Inc. was awarded the contract. Some changes have been made since the original design was approved, including changing the regular pavers to blue stone pavers and granite curbing. The clock that was purchased with funds from the Run 4 Downtown has arrived and will be located at one end of the walkway, Mayor DeStefano said.

Neversink Drive Speed Limit
The town will send the county a speed limit reduction request (TE-9) for Neversink Drive in Huguenot. The current speed limit is 55 m.p.h. The decision was made after several people came forward over several meetings with petitions, both for and against changing the speed limit. Advocates for change cited the road’s windy nature, people backing out of driveways, and narrow shoulders combined with fast traffic as the reason for accidents on the road. Those wanting to keep it at 55 m.p.h. said most of the traffic was from commuters that were trying to get to work, few were speeding, and accidents resulted from poor road conditions or the driver’s state.

2016 Budget
The board passed the town’s 2016 budget after some last-minute changes at the request of the state comptroller, which stepped in because the town is in deficit financing. The Supervisor said the comptroller was concerned the board took $100,000 from its fund balance to give taxpayers a small tax break. To keep the three percent tax decrease, the board made last-minute cuts to the police and highway departments. Board member Dave Dean promised the town would not go into deficit financing again, but predicted that taxes would eventually rise.