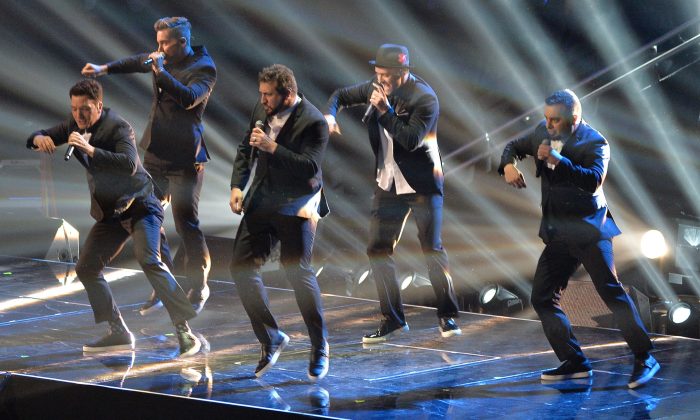 Bruno Mars won the Best Male Video for “Locked Out Of Heaven.” Selena Gomez told the crowd he “brings the house down every time he performs.”

The N’Sync reunion featuring Justin Timberlake made the show for nostalgic ’90s pop music lovers. Timberlake earned three awards, including video of the year for “Mirrors.”

A Miley Cyrus, Robin Thicke duet scandalized some with what the New York Times described as “plenty of lewdness.”

Twitter said early Monday that Cyrus was mentioned 4.5 million times on the social network site, ahead of Timberlake’s 2.9 million mentions.

[View the story “#VMAs Reverberate Through Twitter” on Storify]