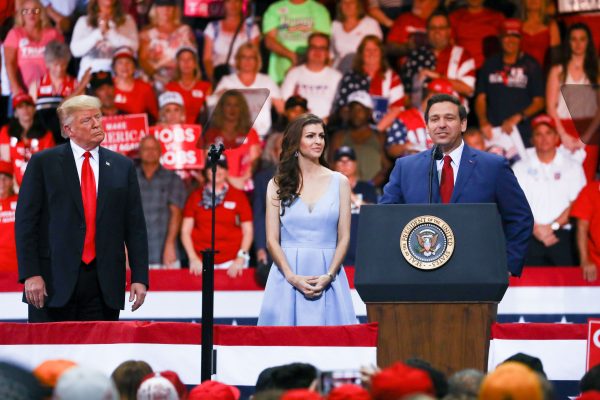 MSNBC broadcast a graphic showing that Democrat Andrew Gillum won the race for Florida governor, claiming it was “inadvertent.”

The graphic, aired during “All In,” with openly liberal host Chris Hayes, shows Gillum receiving about 45,000 more votes.

“Quick clarification here. Just want to say, earlier this hour, uh, we showed a graphic of the Florida gubernatorial race. May have caught your eye because our system had inadvertently populated some test numbers,” Hayes said, reported Deadline.

“Obviously, we do not yet have any vote totals here, the night before the election. That was a misfire. Don’t worry. I was pretty confused when I saw it up there, to see it myself.”

Hayes was smiling as he spoke.

@msnbc What was this graphic and why was it on screen moments ago… 10 hours before polls open? pic.twitter.com/cMjXPPWKAc

Correction Takes a While

The graphic was shown at in the episode at the 12:38 mark, while MSNBC commentator Joy Reid was speaking in support of Gillum. There was no reference to the graphic shown on screen at the time and Hayes didn’t explain it until the 28:45 mark.

It’s unclear why it took so long to correct the error, but the network has come under fire during the President Donald Trump presidency for moving further and further to the left. Hayes did not issue a correction on his popular Twitter feed, which has more than 1.75 million followers, nor was there a correction issued on his show’s Twitter page.

The race between Gillum, the Tallahassee mayor whose campaign has been struggling with controversies, and combat veteran Rep. Ron DeSantis (R-Fla.) is tight, with forecasters unable to predict who is going to win.

Gillum is linked to an ongoing FBI probe and accepted a Hamilton ticket, worth hundreds of dollars, from an undercover agent. He fired a campaign aide after the aide made disparaging comments about white people and Florida voters to an undercover reporter. Another Gillum campaign worker was arrested after appearing to commit battery against a Republican.

The latest polls show Gillum in the lead by an average of four points, according to an analysis by Real Clear Politics.