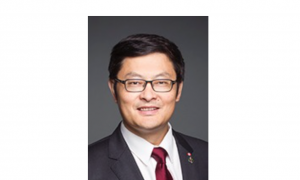 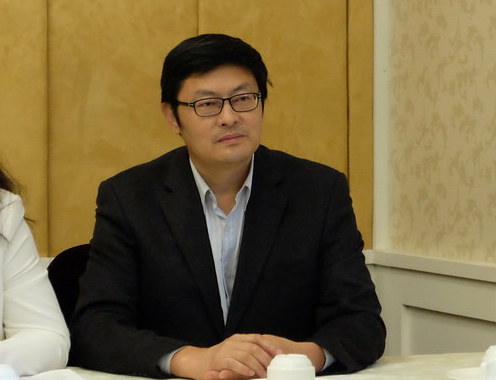 MP Geng Tan May Have Become a Political Liability Due to His Relationship With Chinese Regime: Professor

TORONTO—The latest controversy over MP Geng Tan’s alleged affair and refusal to pay child support to a former staffer, combined with his relationship with communist Chinese authorities, could have made him a liability for his party, says University of Toronto political science professor Nelson Wiseman.

Tan, who won the Don Valley North riding seat in the 2015 federal election and was the Liberal nominee for the 2019 election, made a surprise announcement in a Facebook post on June 16 that he is not seeking reelection, stating that he wants to “spend more time with family and pursue other careers.”

The announcement came a day after Tan’s former staffer Ying (Stella) Yu, who claims to have had an extra-marital affair with Tan starting in 2013 and bore his daughter, says they were supposed to meet to discuss child support details but he abruptly cancelled the meeting shortly before it was to take place. Tan says he was only a sperm donor for the child and there was an understanding he wouldn’t have to pay child support, and that Yu was clear about the “duration of the employment.”

Wiseman says the controversy surrounding the alleged affair is a concern within the Chinese community, which tends to be more traditional on issues related to marriage and infidelity. He says this is important given that a large support base for Tan in the last election came from the Chinese community. However, he adds, that issue “by itself wouldn’t necessarily jettison him.”

“But in light of other news that has come out over the last couple of years about his relationship with the Chinese authorities … especially in this time during more tense relations between Canada and China, [it could be] that Mr. Tan is a liability to the Liberal Party,” Wiseman says, adding that the Liberals are probably “very happy” that he’s not running again.

Tan, 56, grew up in Hunan Province in southern China. He came to Canada in 1998 to pursue graduate studies at the University of Toronto. He went on to become the first Canadian born in China to be elected to Parliament.

Tan has held executive positions in a number of organizations in the Chinese community known for their close links to the Chinese Consulate. After becoming an MP, Tan has also been photographed meeting with high-ranking officials from China’s United Front Works Department, an organization that aims to expand the influence of the Chinese Communist Party by infiltrating foreign countries.

Tan was head of the Chinese Students and Scholars Association (CSSA) at the University of Toronto for two terms in the early 2000s.

The CSSA at the University of Toronto declares that it was founded by the Chinese Consulate in Toronto. A recent report by Foreign Policy, based in part on interviews with CSSA heads and a review of internal CSSA documents, found that Chinese consular officials are in regular communication with CSSA leaders and that many CSSAs officially describe themselves as being under the “guidance” or “leadership” of the Chinese Embassy.

Australian university professor and author Clive Hamilton, who has extensively researched China’s influence activities abroad, has described CSSAs as “an integral component” of the United Front.

In 2002, after the SARS respiratory illness first broke out in China, containing news about its spread was a top priority for the Chinese authorities, who denied the outbreak and its seriousness for weeks. The outbreak claimed close to 800 lives worldwide, with over 40 of them in Canada.

During Tan’s tenure as the president of the University of Toronto’s CSSA in 2003, the organization teamed up with a number of other pro-Beijing organizations to demand the Toronto Sun apologize for an editorial cartoon that said SARS was “made in China.” Tan’s name and phone number were published in a Chinese media report as the university’s CSSA contact for the protest event.

The coalition taking part in the campaign against the Sun’s cartoon involved groups such as the National Congress of Chinese Canadians (NCCC), the Confederation of Toronto Chinese Canadian Organizations (CTCCO), and the Chinese Professionals Association of Canada. Tan later became an executive of the latter two organizations.

The success of the campaign in obtaining an apology from the Sun became a point of pride for Hughes Eng, then NCCC director and former executive of the CTCCO, who boasted about it to hundreds of delegates attending a conference in China organized by the Overseas Chinese Affairs Office, an important agency of the United Front.

Tan and the United Front

A 2018 report published by the Canadian Security Intelligence Service (CSIS) notes that one of the most important goals of the United Front is to “influence the decision-making of foreign governments and societies in China’s favour.”

The CSIS report says the organization’s activities include “co-opting elites, information management, persuasion, as well as accessing strategic information and resources. It has also frequently been a means of facilitating espionage.”

While an MP, Tan met high-ranking United Front officials on a number of occasions. An online post on the website of the Hunan province Overseas Chinese Affairs Office on April 25, 2017, says Tan met with the Office’s leaders, including director Xiao Bailing, and the chairman of the Provincial Political Consultative Conference, which is also a large political advisory body run by the United Front, according to Hamilton.

According to a Globe and Mail report, Tan visited his hometown Changsha in July of the same year. While there, he met with two top officials of the United Front and a key body of the organization, the Chinese People’s Consultative Conference (CPCC). He also visited another city, Zhangjiajie, to meet with the top United Front officials, local Chinese media reported.

Tan first denied taking the trip to his hometown when asked by the Globe. When it was pointed out that there were pictures of him in local Chinese newspapers with United Front and CPCC officials, he recalled having travelled there but said he paid for the trip himself.

The Globe reported in December 2017 that Tan had taken junkets to China that were sponsored by the Chinese regime and pro-Beijing business groups, during which he met with United Front officials.

Wiseman says MPs should be transparent about the places they visit and the people they meet with.

“You’re an MP. Everything you do, whether you pay out of your own pocket or not, you have a public position. … And the fact that he was seeing an agency of the Chinese government whose job it is in a way to mobilize support among Chinese Canadians for the regime in China—that becomes a problem,” he says.

“I don’t think there’s a problem in Canadian politicians taking trips to China. The issue is what are you doing there—and to be honest about what you’re doing there.”

While an MP, Tan generated controversy after delivering a letter on behalf of a Chinese-Canadian Liberal Party donor and businessman charged with fraud in Canada to the Canadian Embassy in Beijing in 2017. Embassy staff later gave the document to the RCMP.

Wiseman says this kind of intervention may be the norm in China, but not in the Canadian system.

“That might be how politics works in China; it doesn’t work that way in Canada. That [controversy] didn’t make him look good either, so I’m even surprised that the Liberals were prepared to have him run again,” he says.

“Now, with this family scandal, he’s lost a lot of credibility in the Chinese community … So, when you put all that together, Mr. Tan is finished in Parliament. The Liberal Party wouldn’t stand for it.”