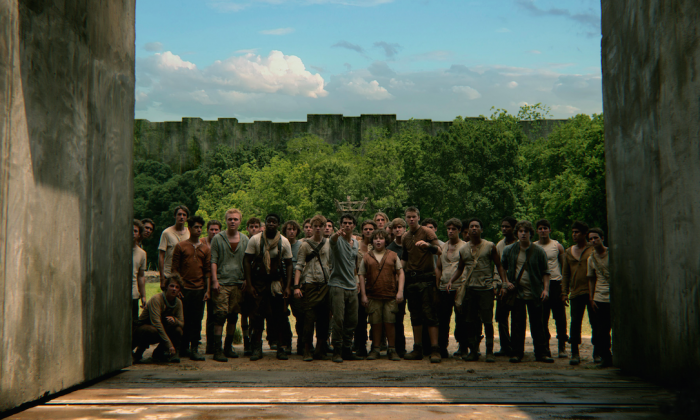 ‘The Disappearance of Eleanor Rigby’

What: The first of three films about a young married New York couple. Connor works in his restaurant; Eleanor goes back to college. They have a life-changing event that threatens the marriage. “Him” is their relationship seen through the eyes of Connor (McAvoy). “Her” is the perspective of Eleanor (Chastain). But first there’s “Them,” also known as “The Disappearance of Eleanor Rigby.”

Anticipated: A universally relatable story of love and loss, a stellar cast, and an interesting storytelling device. “Him” and “Her” will be released on Oct. 10 in select art house cinemas.

What: Bob Saginowski (Tom Hardy) is a lonely bartender working in an underground Brooklyn bar, where cash is “dropped” for local gangsters. Bob’s in the wrong place at the wrong time when a robbery goes down and an investigation starts digging into the neighborhood’s past.

Anticipated: This is James Gandolfini’s last film before he died. Tom Hardy’s become an actor one must go see, whatever he’s in. He’s one of those British actors like Bob Hoskins who do American accents better than most American actors can.

What: In the sleepy village of Pocolim in India, where nothing ever happens, the postman receives a letter he had written 46 years ago to the love of his life, asking her to marry him. To his massive consternation, he realizes that it had never been delivered. All these years he’d thought he’d been rejected! He decides to find his beloved and tell her the truth. Four oddballs join the road trip for various reasons.

What: Thomas is brought to a place known as the Glade, with no memories of his life or the world. He and other teenage boys inside the Glade make a community. The Glade is surrounded by a huge maze, where mechanical creatures roam at night. Massive doors that close nightly protect the boys from these creatures. A posse forms to hatch an escape.

Anticipated: A little “Lord of the Flies,” a little bit “Lost.” Mazes may become the new scary monsters at the movies. Looks to be a cultural ripple-maker.

‘A Walk Among the Tombstones’

What: Recovering alcoholic and former NYPD detective Matt Scudder has a lot of regrets. A series of kidnappings leads to murder, and a ruthless leader convinces Scudder to find the killers and kill them. Operating outside the law to track down those responsible, Scudder stops just short of becoming a criminal himself.

What: It’s 1977. A young woman walks 1,700 miles west from Australia’s Northern Territory to the Indian Ocean on foot, with four camels and a dog for company. Why? She’s hungry to see the world at its widest and wildest. There’s a deep-seated reason for the trip, but she’ll only say to the men who want to know, “I just want to be by myself.” It’s enough.

Anticipated: From the producers of the very fine “The King’s Speech.” The landscapes are stunning, and it may fulfill curiosity about inner-growth-fostering ordeals such as the walkabout and the vision quest.

‘Jack and the Cuckoo-Clock Heart’

What: Jack’s born on a day so cold that his heart freezes. They replace it with a cuckoo clock. It can only work if he avoids falling in love—but who can resist young love? His heart gets tested.

Anticipated: An animated love story set in a time of inventions, nutty characters, and magical adventures, it’s about passion and learning to accept others. Perfect for kids and probably for adults too.

What: What’s a boxtroll? It’s a species of wee monsters that live beneath the city and feast on cheese at night. The lot of them gets targeted by an exterminator! A fantasy comedy from stop-motion animation company LAIKA.

What: Denzel Washington is Robert McCall, a former special-ops agent who hates injustice and helps victims of criminals. He meets a prostitute (Chloë Grace Moretz) at a local diner. She gets attacked brutally. After a special-ops smack-down of the offenders, he finds out they’re Russian mob. Uh-oh.

Anticipated: We can’t get enough of mobs incurring the wrath of retired professional assassins, and Denzel’s teaming up with Antoine Fuqua. They did “Training Day” together. Denzel won an Oscar.

What: We don’t get to hear much Jimi in writer-director John Ridley’s film about the rock guitar legend. His songs couldn’t be used—the estate wasn’t in on the project. Outkast’s André Benjamin channels Hendrix, and by not having the focus on the music, we get more of a sense of the man.

Anticipated: Chadwick Boseman’s James Brown in “Get On Up” was a revelation. We’d all like to get to know Jimi as well as we got to know James. Hopefully Benjamin’s as good as Boseman.