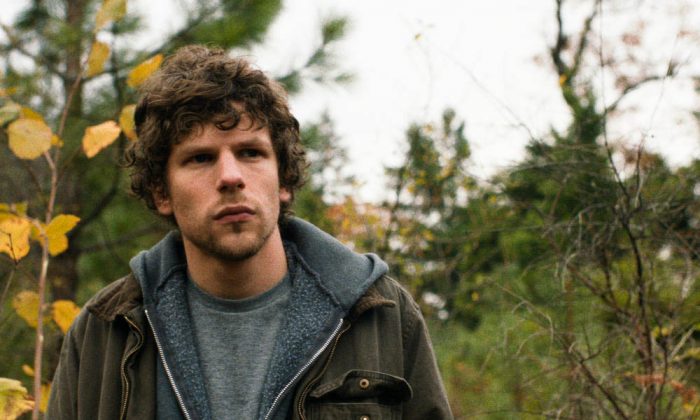 Movies Coming Out in June: What to Watch (+Trailers, Release Dates)

Movies are selected for their casts, directors, cutting-edge issues, potential to contribute to the uplifting of moviegoer mental health, and general fun quotient. The YouTube trailer is helpful.

Starring Jesse Eisenberg, Peter Sarsgaard, and Dakota Fanning, this eco-terrorist thriller features zealous environmentalists determined to blow up a hydroelectric dam in Oregon with a fertilizer bomb. It’s going to take a huge stash of ammonium nitrate, and Eisenberg’s Josh fears the red flags that get set off by buying too much fertilizer.

Dying bees, Monsanto, Fukushima, and fracking. Is radical action in response to manmade environmental sins ever justified? The Epoch Times looks forward to this one because of its current-issue subject matter.

An anthropology grad student does a thesis on “modern means of communication.” Her new boyfriend has teenage kids. It’s a grab bag of self-discovery stories, where the teens help the grownups and vice versa.

Love in the digital age—who’s not concerned with this issue? Hopefully this’ll give us all some clues.

A deadly alien race attacks Earth in the near future. The world’s special forces team up. Lt. Col. Bill Cage (Tom Cruise)—never seen combat—is killed instantly. Like a military “Groundhog Day,” Cage wakes up again at the beginning of the same day and has to fight and die over and over again. Each new “incarnation” sees him getting tougher, more skilled, and more resourceful. Emily Blunt is his world-class special forces warrior sidekick.

“Edge of Tomorrow” comes from the director of “Bourne Identity.” Tom Cruise rarely makes boring movies. And there’s nothing as riveting as watching progress through practice made perfect.

“The Fault in Our Stars”

Much like 2002’s “A Walk to Remember” starring Mandy Moore, but this one’s got Shailene Woodley. Moore is a pop star who can act; Woodley’s an emerging star actress who can probably act better. A dying-girl-in-a-relationship story.

Death, dying, and young love. This topic generally teaches us to appreciate life and live in the moment.

A struggling agent loses all of his best clients to his main competitor. Played by unsung character actor Clark Gregg (best known as Agent Coulson in the Marvel comic movies), this is Gregg’s attempt at a “Rocky”-type situation. Like Sylvester Stallone, Gregg wrote, directed, and stars in “Trust Me.” He’s hungry. Hungry is good.

Garrett Hedlund’s character, who’s been estranged from his family, finds out that his dad’s decided to quit life support in 48 hours. Human drama dealing with great loss. Out of loss comes gain, and Amy Adams’s huge capacity for empathy enhances these kinds of stories tenfold.

Four Jersey youths beat the odds to form the 1960s rock group “The Four Seasons.” The members seem to have trouble agreeing on how it happened, though.

Working in a cutting-edge, inner-city ER nicknamed medicine’s “hurt locker,” idealistic adrenaline-junkie doctors train as if in a war zone. When the hospital moves to a new building, the high dissipates and pencil-pushers rule. In this gripping documentary, doctors deal with a life-and-death reality rollercoaster in a dangerously overloaded system.

ERs are inherently loaded with drama, and it’s always stimulating to see anything cutting-edge. Could be interesting to see how a real ER compares with all those doc shows we love.

Shia LaBeouf is out, Mark Wahlberg is in. It’s got Dinobots! And there’s a gun-faced Transformer who’s neither Autobot nor Decepticon, named Lockdown. He’s a bounty hunter who’s sometimes a Lamborghini.