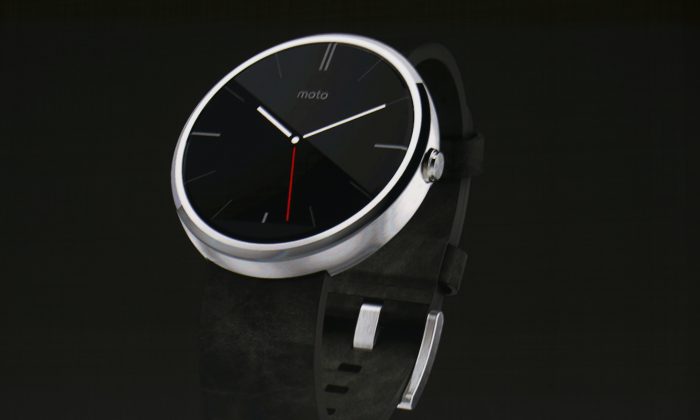 Motorola could be releasing its smartwatch in September.

In February 2014, Motorola confirmed that a new smartwatch would launch alongside the new Moto X.

The smartwatch is now known as the Moto 360, but there is not much official information on it.

When the watch was shown on screen at the Google I/O Developers Conference in June, it did appear to have a brush metal finish.

If news that the watch is plastic is accurate, then the Moto 360 might not be a very high-end device.

The Moto 360 is supposedly charged via a Qi wireless charger, and can last longer than 48 hours on one charge.

For instance, the Samsung Gear Live is 1.63 inches thick, while the LG G Watch is 1.65 inches thick.

The Moto 360 also has IP67 certification, which means that it is dust and water resistant.

According to Droid Life, the Moto 360 and Moto X will be launched on September 25.

Motorola has yet to officially fix a date, however, so the news should still be taken with a grain of salt.