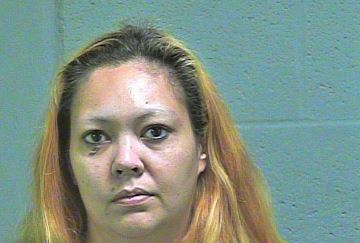 Mother Who Uses Meth, Has Seven Children, Gets Sterilized at Judge’s Suggestion

An Oklahoma meth-using mother underwent sterilization after a judge said he would consider it at her sentencing if she chose to undergo the procedure.

He noted in the order that Creel had given up the parental rights to six of her seven children.

He also stated that the evidence indicated she had been using drugs while pregnant with some of them.

“I spoke with her in detail about it and she voluntarily wanted to do it,” her court-appointed defense attorney, Brett Behenna, told NewsOK.

She pleaded guilty last January to making and cashing a counterfeit check.

Officials said she was part of a bigger ring that stole bank information from mailboxes and utilizes the information to write out fraudulent checks.

“At Hobby Lobby, she used counterfeit checks to purchase Wearable Art and Home Decor. These purchases demonstrate that Creel was engaged in run-of-the-mill thievery, rather than an attempt to obtain basic necessities,” Assistant U.S. Attorney Jessica L. Perry wrote in her sentencing memorandum.

Perry said that the sterilization should not have an impact on Creel’s sentence.

Federal sentencing guidelines recommend a sentence of six to 12 months for the original crime but given her additional arrests and failed drug test, prosecutors said that the term may end up as long as 16 months.

The sentencing was scheduled to take place on Feb. 8.