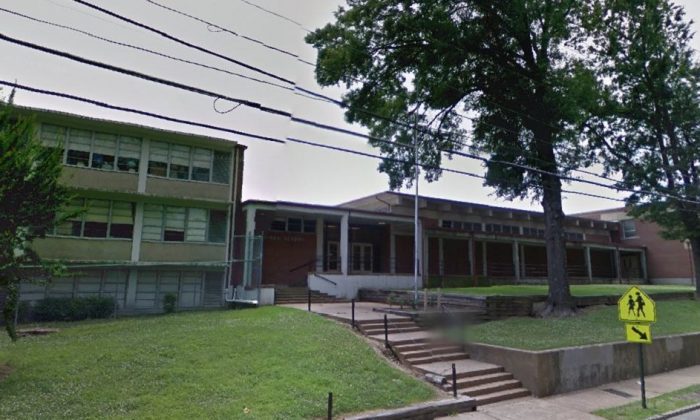 A Tennessee mother said that a teacher struck her 5-year-old daughter near the eye with a ruler, leaving a visible bruise.

Ciara Morgan, 23, said that she arrived at Cummings Elementary School in January one day and found her little girl, Hailey Turner, with the bruise.

School administrators called a family member earlier in the day to say that the girl had an allergic reaction but when Morgan arrived to pick her up, the girl said that her teacher had hit her.

“Hailey said her teacher had hit her with a ruler and told her not to tell anyone,” Morgan told Yahoo. “She said that her teacher said she will bring her a ‘LOL Doll’ if she doesn’t tell anyone what happened.”

Hailey told her mom that another student was on a computer so she informed her teacher, Tierra Lewis. Lewis allegedly told the student to stop using the computer but then punished the girl.

“She said the teacher reached into her desk, pulled out a ruler, walked over to her and told her ‘no tattle tailing’ and popped her,” Morgan told Fox 13. “I actually cried because she had a big bruise around her eye.”

The Shelby County School District didn’t comment direclty on the allegation but said in a statement: “We can confirm this employee was removed from the school and received disciplinary consequences in accordance with board policy.”

Mom says teacher hit 5-year-old daughter in the eye with a ruler https://t.co/mqSwpt9SKH via @Yahoo

But two weeks later, Morgan said that Lewis was back in the classroom and Hailey was sent to a different class. The family said they tried to meet with the school’s principal but he refused to talk to her and Morgan got a letter banning her from school grounds.

Morgan has since removed her child from Cummings Elementary School and placed her in a different school.

The Tennessee Department of Education is reportedly investigating the incident.