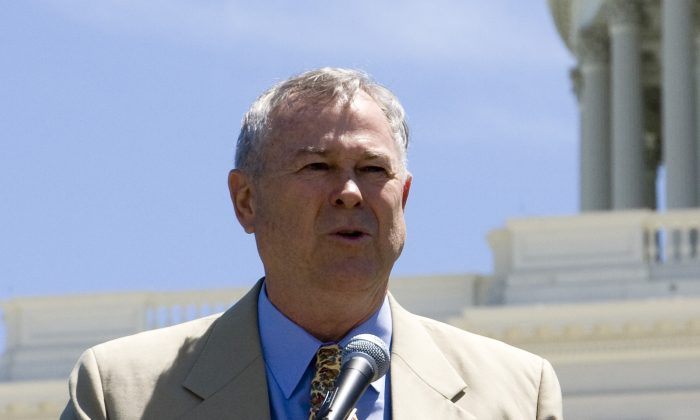 MIDDLETOWN, NY—In May 2008, Judy Chen, a United States citizen and mother of two U.S. Marines, was accosted and assaulted by a Chinese agent with links to the Chinese Consulate General in New York in Flushing, Queens.

The local New York City councilor wouldn’t even hear her case, and his aides rudely turned her away. But she eventually found a sympathetic ear in California Republican Dana Rohrabacher.

Chen was attacked by Chinese agents because she was then manning a booth that helped Chinese citizens quit the Chinese Communist Party and raised awareness about the severe persecution in China of the spiritual practice of Falun Gong.

One of the agents dealt her a heavy blow to the temple. “But I curbed my temper because I’m a Falun Gong practitioner; we cultivate compassion, after all,” she said.

Falun Gong is a traditional Chinese meditation practice that involves slow-motion exercises and teachings of truthfulness, compassion, and tolerance. The practice was suppressed in China on orders of former Chinese Communist Party leader Jiang Zemin on July 20, 1999.

Almost immediately, 70 to 100 million practitioners were disenfranchised in China, and those who were targeted for arrest were brutally abused, some to the point of death. Researchers say that hundreds of thousands of practitioners have been killed by the Chinese state for their organs. Overseas practitioners likewise faced harassment directed by Chinese consulates and embassies.

After being assaulted in Flushing, Chen decided to seek help from John Liu, the disgraced New York City Comptroller who was then a local councilor. But she was denied an audience, and told to “just get out” by Liu’s office aides.

“I am a citizen of the United States, and my sons were fighting on the frontlines for their country and justice,” said Chen, a 57-year-old homemaker, in her current home in Middletown in upstate New York. “Yet I was humiliated and wronged.”

Chen sought and eventually gained an audience with Rep. Dana Rohrabacher, a lifelong critic of the Chinese regime and its human rights abuses.

Rohrabacher received her “very cordially,” Chen recalls, and patiently listened to her in detail about how the incident in Flushing started, and how Chinese consular agents harassed Falun Gong practitioners.

If Chosen as Secretary of State, Rep. Rohrabacher Wants America to Stand for Freedom

Rohrabacher “seemed very touched” upon hearing her story, Judy Chen said. “The first thing he said was, ‘Thank you, and thank you to your sons for their great contribution to the American people; may they return safely from the frontlines.'”

“Dana Rohrabacher is broadminded enough to hear out the views of me, a housewife,” Chen said. “I feel quite honored and touched, and I think he has thoroughly done his job as a U.S. Representative.”

Judy Chen said she had heard of Rep. Dana Rohrabacher’s bid for Secretary of State, and has “high hopes” for him if he is appointed because he as “has always persisted in contributing to and standing up for human rights.”