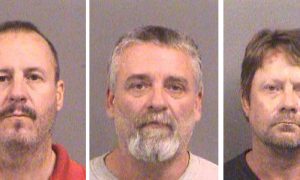 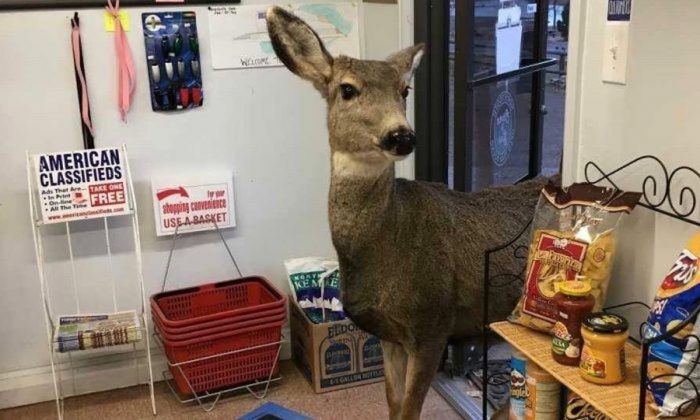 A mother deer came into a Colorado gift shop and wandered the aisles as worker Lori Jones took photos.

The gift shop, The Horsetooth Inn, is located at the foot of the Rocky Mountains. Jones and other locals have seen this deer before, along with her children, but Jones told The Dodo this is the first time it entered a building.

“It was hilarious,” Jones told The Dodo. “She was looking at the sunglasses and the chips. I was laughing so hard.”

Jones told The Dodo there is a field where the deer graze that is not far from the store.

Jones managed to lure the doe outside with a peanut bar.

But then he went to the back of the store to check stock. When she returned 30 minutes later, the doe was inside again, and the rest of her family was waiting at the door, Jones told 9 News.

Her twin female daughters and adopted male stood at the doorway, as if waiting for permission from mom to enter.

After snapping some photos Jones lured the herd away with another peanut bar. This time she clapped so they would scatter at the sound, Jones told The Dodo.

A few weeks ago, a deer waltzed into Horsetooth Inn and RV Park in Stout. Viewer Lori Jones shooed it away, but what…

The Horsetooth Inn and R.V. Park is a scenic camping spot near a reservoir. The business specializes in long-term R.V. and cabin rentals, according to the site’s homepage.

The site hosts many kinds of wildlife, but normally Jones follows a policy of not feeding them. But Jones admitted letting the deer snack on the peanut bar.

“It was just a lovely thing to see,” Jones said, via The Dodo.

“The population of wildlife here is just astounding. We have mountain lions, bighorn sheep, deer, raccoons — you name it. They have to fend for themselves. That’s nature. But I think they’re all wonderful.”

An older picture on the Facebook page for Horsetooth Inn shows a deer family near the reservoir.

So here we are at Horsetooth Reservoir, and a local comes by with her two kid to say hi to us.

Surveillance footage from a home in Kansas captured a deer leaping over the family’s dog.

The video, captured by a Ring doorbell camera, shows the deer vault cleanly over the canine and then walk onto the house’s front porch.

WATCH: This dog is not fazed by a deer jumping over him pic.twitter.com/laRGPczvor

Because the porch is set back, the deer appears to be trapped in the area by the dog and pauses while seeming to consider its next move.

The dog doesn’t make a move, so the deer then rushes past the canine and disappears.

According to Fox 13, the footage was captured in Olathe, Kansas.