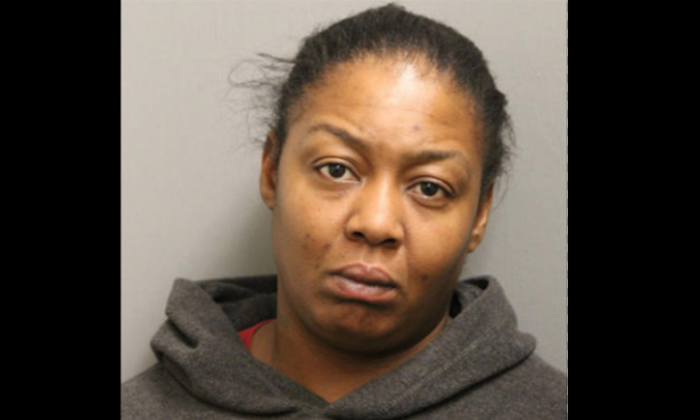 Tamika Gayden, 35, has been charged with first-degree murder and contributing to the delinquency of a minor after her daughter 13-year-old daughter stabbed 15-year-old De'Kayla Dansberry on May 14. (Chicago Police Department photo)
Crime and Incidents

35-year-old Tamika Gayden and her 13-year-old daughter have been arrested and charged with murder following a stabbing that killed 15-year-old De’Kayla Dansberry in Chicago, Illinois.

Here is the detailed account of what happened, according to a spokeswoman for the Cook County State Attorney’s Office.

At around 7:30 p.m. on May 14, her 13-year-old daughter, and friends, spotted De’Kayla Dansberry and her friends outside her Parkway Gardens apartment building. After a verbal altercation from their apartment balcony, Gayden’s daughter and friends moved down to the street for a physical confrontation.

A fist fight broke out, involving girls from both sides. While 15-year-old Dansberry was fighting with another underaged girl, Gayden’s daughter, who was spectating and not fighting at the time, approached Dansberry and stabbed her one time in chest.

After the stabbing, Gayden’s daughter fled back to apartment. Surveillance shows her, in a pink hooded sweatshirt, wielding the knife outside the building, and additional footage shows her again, with the knife, as she enters the apartment building.

Police said that it was inside the apartment where her daughter cleaned it and wrapped the blade and grip of the knife with tape.

The following day, the switchblade was found by police inside the apartment.

Dansberry was immediately transported to a nearby hospital following the stabbing, where she was pronounced dead. An autopsy revealed that she died from one stab wound to the chest, and her death was ruled a homicide.

Gayden is currently being held without bail in the Cook County Jail and is due back in court on May 26; her daughter is due back on June 7.

Gayden has been charged with first-degree murder and contributing to criminal delinquency of a minor.

In 2013, Gayden was convicted, on federal charges, for importing illegal firearms out of Indiana, and served probation time.

The Chicago Tribune reported that De’Kayla Dansberry was a popular track runner at Johnson College Prep High School and was getting ready to run at a statewide track meet.

“The last thing she said to me was, ‘Mom, you need to get everything ready, get my clothes ready (because) I’m going downstate,” said Sheila Dansberry, De’Kayla’s mother, according to the Tribune.