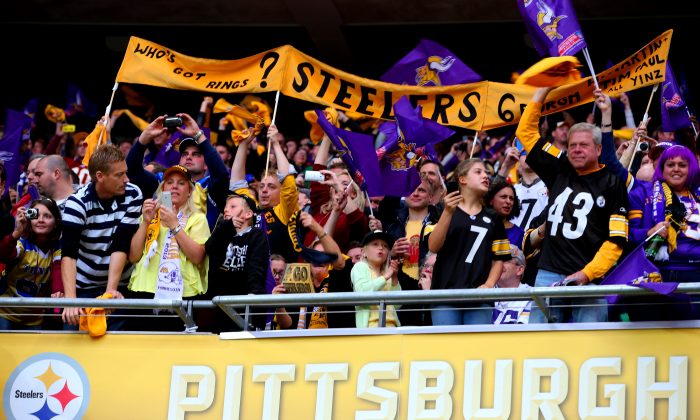 Pittsburgh Steelers fans, who were deemed the most unstable fans, at a game in London in September. (Julian Finney/Getty Images)
NFL

Most Unstable Fans in the NFL? Fans of the Pittsburgh Steelers

The most unstable fans in the NFL are fans of the Pittsburgh Steelers, according to a new study.

The meaning of unstable fans is fans who take losses and wins the hardest, according to Michael Lewis and Manish Tripathi, two marketing professors from Emory University.

The pair analyzed messages posted on Twitter after every game in 2012 using an algorithm to categorize tweets as positive or negative. 33 percent of the analyzed tweets from the Pittsburgh area about the team were positive, marking the lowest percentage of fans of any NFL team.

“That makes total sense to me,” Lewis told the Pittsburgh Post-Gazette.

The Detroit Lions fans were second at a percentage of 37.1.

We have a lot of Steelers fans that if they lose, they’ll call off work the next day,” he said. “They’re very passionate about their team.”