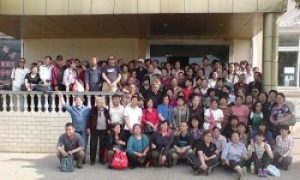 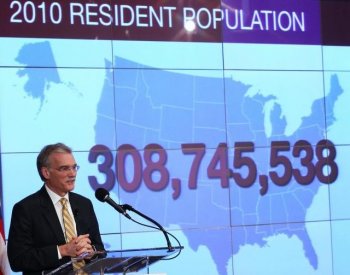 Robert Groves, Director of the U.S. Census Bureau, discusses the first results of the 2010 Census during a press conference December 21, 2010 in Washington, DC. (Win McNamee/Getty Images)
US

Most Recent Census Better Than Ever

By Gary Feuerberg
Print
WASHINGTON—Robert M. Groves said the 2010 census was very accurate—probably more accurate than the 2000 census. He is director of the U.S. Census Bureau and was speaking at a press conference on Wednesday Jan 12. Pleased with the results, Groves said his agency is moving to the next phase of preparing data for the states to use for redistricting.

From February to the end of March, the bureau will release block level data, which will enable state officials to do congressional and legislative redistricting. Almost immediately thereafter, the general public will have access to the same data that will be published on the census website.

April 1 was “Census Day,” when the country attempted to answer the question, “How many people lived in the United States on April 1, 2010?

Groves discussed why the bureau is so pleased by the national count of 2010. The nation’s best demographers and statisticians tried to estimate the national population, using birth and death records and estimates of in-migration and out-migration. The bureau took multiple estimates and arrayed them from the least (305.7M) to the most (312.7M). The count fell almost exactly in the middle of the demographer’s estimates, being only 0.09 percent different.

In other words, the census and the demographer’s population numbers are virtually the same.

Another method used to corroborate the official estimate starts from the 2000 census count and using external data, such as vital statistics and migration, estimates the population count 10 years in the future. Again, the estimate was virtually the same as the 2010 census result.

Groves said that the percentage of households in the 2010 census returning the forms by mail—74 percent—was a little better than the 2000 census, which required some households to return the long form.

Finally, perhaps the most reassuring evidence that the census numbers are good lies in the outcomes of post-enumeration surveys. Groves said that Census conducts a large sample survey of households where “very, very highly skilled interviewers” ask detailed questions concerning who lived at the household on April 1. This sample follow-up was “a key tool” to ascertain whether someone was missed, or counted twice, or incorrectly described.

Groves said that when we see various independent estimates pointing in the same direction, we can take comfort in the results.

Should we regard the official count as slightly less than the true national population number because, undoubtedly, some people are missed and not counted? Groves disagreed. He answered, “We know that in prior decades, we counted some people twice. … So, a bigger number is not necessarily the best number.”

He said the post-enumeration survey of the 2000 census found “a small net over count. It is completely conceivable that this could happen again.” Groves said they make considerable efforts to reduce undercounts. Whenever you do that, “you run the risk of counting people twice.”

Next: The Census Bureau Results