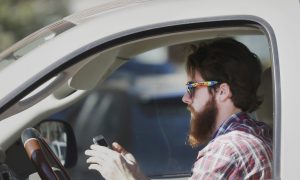 Most Dangerous Animal in America

When we think of hazardous encounters with wildlife, most people would think of bears,  mountain lions, or maybe even snakes and scorpions. But according to statistics, the most dangerous animal in America, responsible for the most deaths, happens to be the deer.

Deer are also involved in a tremendous number of non-fatal accidents. The Department of Transportation, which catalogues animal crash accidents, estimates there were 60,000 to 70,000 vehicle collisions with deer annually from 2006 to 2008.

The DOT warns motorists that the deer’s peak breeding times are from October to December and the hours of highest risk are two hours before sunrise and two hours after sunset.

Chris Klepper, communications manager of NYS Thruway Authority and Canal Corporation says  deer are most active at this time. “The prevalence of deer related crashes can be influenced by a range of factors, including weather conditions and deer population fluctuations from year to year,” says Klepper.

The white-tailed deer has spread across the United States over the last hundred years. With not enough apex predators their population has boomed reaching to approximately 20 million to 30 million today, although insufficient data to know exact numbers.

One of the most effective things you can do to avoid hitting deer on the roads is buy a deer whistle. This whistle ties to the front of your vehicle and emits a high-pitched sound when driving at high speeds to alert the deer to your presence.

The Thruway Authority offers these safety tips for motorists: