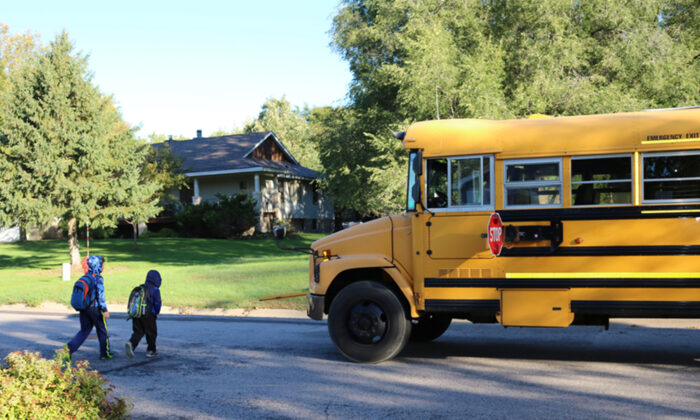 Several school bus routes in Connecticut were delayed Monday morning as drivers did not show up to work in response to the state’s COVID-19 vaccine mandates for school employees, but the governor said the worst case scenario has been avoided.

“I think I can speak on behalf of 500,000 kids and their parents, thankfully the overwhelming majority of the school bus drivers showed up let kids get back to school for in-person learning,” Gov. Ned Lamont said on Monday after an event on a new car safety law.

Under Lamont’s order, all Connecticut state employees, staff of childcare facilities, and preK-12 schools statewide must have received at least one dose of a COVID-19 vaccine by Sept. 27 or get tested weekly, raising concerns about whether hundreds of unvaccinated school bus drivers would be on the job when the mandate took effect.

The Connecticut School Transportation Association (COSTA) warned that over 200 workers across the state might be skipping work because of the COVID-19 vaccine mandate. A number of unvaccinated bus drivers also said that they would strike over the vaccination requirement, and some drivers not planning to join the strike were told they might have to pick up more children than they usually do.

In a press release issued on Monday, the school bus drivers’ union reported that the fear did not materialize, as there were only minor disruptions in getting children to school.

“Thanks to the committed school bus drivers and managers for promptly following the Governor’s mandate for COVID vaccinations and testing, while at the same time, doing what needed to be done to get Connecticut’s children safely to school,” Jon Hipsher, vice president of COSTA, said in the release.

The vaccine mandate took effect as a divided Connecticut House of Representatives voted in special session to extend Lamont’s emergency COVID-19 powers through Feb. 15, a decision that would keep his mask and vaccination mandates in place.

The extension was passed in a special session by a largely party line vote of 80 to 60, with 10 Democrats joining a Republican minority that voted No. If it is also approved Tuesday by the Democrat-majority state Senate, the top six legislative leaders will still have three days to veto any of the emergency orders Lamont seeks to continue.

“Look, we’re doing this to keep you safe,” Lamont said to the state legislature. “We’ve got boosters like we are talking about. Vaccines for kids. We’ve got to be able to act fast.”

Connecticut House Minority Leader Vincent Candelora argued that there should be a standard to determine whether an emergency actually exists.

“I feel as if now the emergency is: COVID exists, therefore the declaration needs to exist,” Candelora said, reported Connecticut news site CT Mirror. “And I would say that democracy is stronger than COVID, and I would say we need a standard to determine why this governor needs a blank check to continue to run the government.”