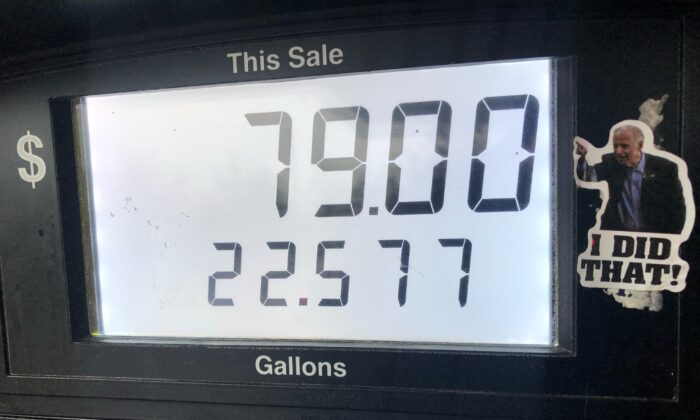 A majority of Americans voters believe that climate change is an not immediate threat and that the economy is more of a primary concern to them, an ominous sign for the Democrats in the upcoming midterms, according to the Harvard-CAPS Harris poll for July published on Aug. 3.

Only 45 percent of voters see climate change as an immediate threat, including 66 percent of Democrats and 41 percent of Independents.

Around 59 percent of voters oppose President Joe Biden’s energy and gas policies, while 63 percent believe that his policies are responsible for the majority of gas price increases.

Most respondents want the White House to start focusing on lowering prices and U.S. energy independence over global warming issues, and they are adverse toward having the matter politicized.

Only four in 10 voters think that an emergency climate declaration by the Biden administration would be warranted or even legitimate.

A mere 16 percent of those polled believe that the U.S. economy will avoid a recession or is currently not in recession.

However, the jobs market still remains strong, with the economy adding about 460,000 jobs per month in the first two quarters of 2022.

Two successive quarters of negative GDP growth is regarded by most economists that the economy is in a recession.

This is a slight shift from the poll in June, when 49 percent believed that the U.S. economy was in recession, with 39 percent said it soon would be, and 12 percent saying a recession would be avoided.

Regarding economic optimism, 33 percent of voters now think that the American economy is strong today, up from 28 percent last month, while concern over inflation fell six percentage points.

Though optimism over the economy has slightly risen, the vast majority of Americans polled remain convinced that a recession is happening now or will occur by next year.

The Federal Reserve Bank of Dallas published a report on Aug. 2 claiming that “most indicators—particularly those measuring labor markets—provide strong evidence that the U.S. economy did not fall into a recession in the first quarter.”

St. Louis Federal Reserve President James Bullard, in an interview with CNBC on August 3, denied that the U.S. economy was in recession, despite two consecutive quarters of negative growth, due to positive employment figures.

However, when it comes to voters’ perceptions of the economy, most are unhappy with the attitude of the Democrats at a time before the midterm elections, where they are widely expected to face a tough battle to retain control of Congress.

The July Harris poll shows both parties in a dead heat along party lines, with 50 percent of respondents supporting the Democrats and 50 percent backing the Republicans in the congressional poll for the midterms.

Independents are leaning toward Republicans, 54 percent to 46 percent.

“Democrats can still hold onto hope ahead of the midterms, with the race a dead heat despite President Biden’s approval rating being at a historical low and nearly half of Americans believing the country is currently in a recession,” said Mark Penn, co-director of the Harvard-CAPS Harris Poll.

“Looking to 2024, most voters are still open to a moderate independent candidate, but among Republicans, Florida Governor Ron DeSantis is solidifying his status as the second choice. In these divided times, voters themselves seem to be holding contradictory opinions on issues such as energy policy and Trump’s legal culpability in the January 6 riots,” said Penn.

The Republican Party’s approval rating neared 50 percent for the first time since February 2022, and is five points higher than the Democrats’ approval rating.

The July Harris survey was conducted from June 27 to 28 among 1,885 registered voters.