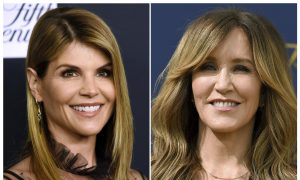 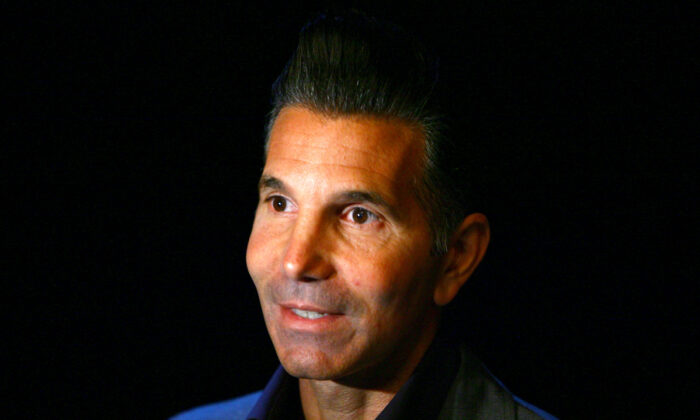 Mossimo Giannulli Said He Had to ‘Work the System’ to Get Daughter Into USC: Prosecutors

Lori Loughlin’s husband Mossimo Giannulli allegedly told his accountant that he had to “work the system” to get his eldest daughter Isabella Giannulli into the University of Southern California (USC), according to a new indictment.

The U.S. Attorney’s Office in Boston, which is handling the case, released a slew of correspondence it said was between Giannulli and/or his wife and William “Rick” Singer in March, but in announcing new charges against the couple and nine others on Oct. 22, it released two new quotes.

One showed Singer emailing Giannulli and Loughlin in March 2016, telling them he required a copy of Isabella’s transcript and test scores “very soon while I create a coxswain portfolio for her.”

“It would probably help to get a picture of her on an ERG in workout clothes like a real athlete,” Singer wrote, referring to an ergometer, or indoor rowing machine.

“Fantastic,” Giannulli replied, according to the indictment (pdf). “Will get all.”

About three weeks later, Giannulli sent Singer an email with a photograph of Isabella on an ergometer.

After Isabella gained entry to the University of Southern California through her fake crew profile—she and, later, her sister Olivia Jade both got accepted as athletic recruits—her parents received a $200,000 invoice from Singer’s account.

On April 10, 2017, according to prosecutors, Giannulli forwarded the invoice to his own accountant, writing: “Good news my daughter … is in (U)SC … bad is I had to work the system.”

On or about the same day, after Isabella received a formal acceptance letter to USC, Giannulli wired $200,000 to Singer’s foundation. He then emailed Singer, copying in Loughlin, writing, “I want to thank you again for your great work with [Isabella], she is very excited and both Lori and I are very appreciative of your efforts and end result!”

Prosecutors said Giannulli and Loughlin paid $500,000 in total to get their girls into USC. Giannulli directly paid Donna Heinel, a senior women’s associate athletic director at USC, $100,000 in two payments, and sent the rest to Singer.

Singer ran The Edge College & Career Network, commonly known as The Key Worldwide, a nonprofit that he used to funnel bribes to college administrators and coaches, prosecutors said. Singer pleaded guilty to a slew of charges earlier this year and was a cooperating witness for investigators.

The indictment released Tuesday also added new details to the allegations from the indictment made public in March. It showed Singer in July 2017, three months after Isabella was accepted into USC, asking Giannulli and Loughlin for an “action picture” of Olivia Jade rowing so Singer could have it included in her fake athletic profile.

“Moss will get this done,” Loughlin allegedly wrote in July 2017, emailing Singer with Giannulli copied. “We are back in town on Monday.”

On July 28, 2017, Giannulli allegedly sent Singer a photograph of Olivia Jade on an ergometer.

She was accepted as a crew recruit on Nov. 2, 2017, after being presented by Heinel to the USC subcommittee for athletic admissions.