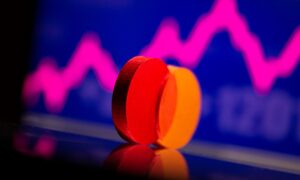 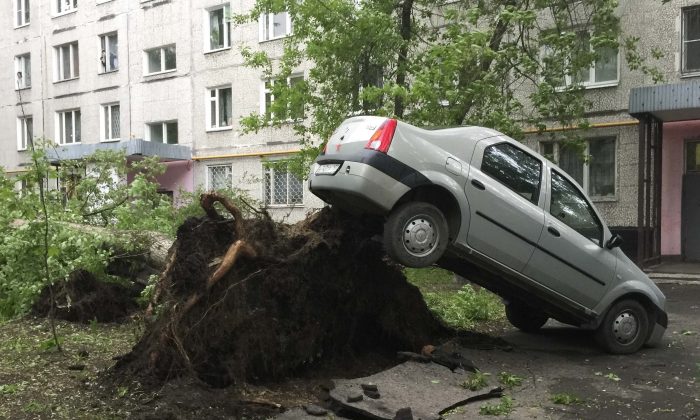 A car lifted by the roots of a tree, which was toppled during a heavy storm, in Moscow, Russia on May 29, 2017. (REUTERS/Alexander Panchenko TPX IMAGES OF THE DAY)
International

MOSCOW—The death toll in a storm that struck Moscow and surrounding suburbs on Monday has risen to 16, and more than 200 others were injured, Russian officials said.

It was the deadliest storm in the Russian capital since one on a similar scale in 1998 which killed around 10 people.

Eleven of the casualties on Monday were in Moscow while the other five were in the suburbs, Russian investigators and the administration of the Moscow region said on Tuesday.

Moscow residents complained on social media that they had not been properly warned by authorities about the storm, which hit during rush-hour with gusts of wind felling trees across the city of 12 million and damaging cars and buildings.

The Russian emergencies ministry, however, said it had circulated an advance notice about the storm through media and local authorities, TASS news agency reported the ministry as saying in a statement.

“We just don’t know if such natural cataclysms are predictable and can be forecast,” Kremlin spokesman Dmitry Peskov told reporters when asked about residents’ complaints.

“The hurricane struck during rush hour, in the day time. That’s why the number of casualties is so high,” Moscow’s official website quoted mayor Sergei Sobyanin as saying late on Monday.

The storm damaged 243 buildings and around 2,000 cars in the capital, Sobyanin tweeted on Tuesday.