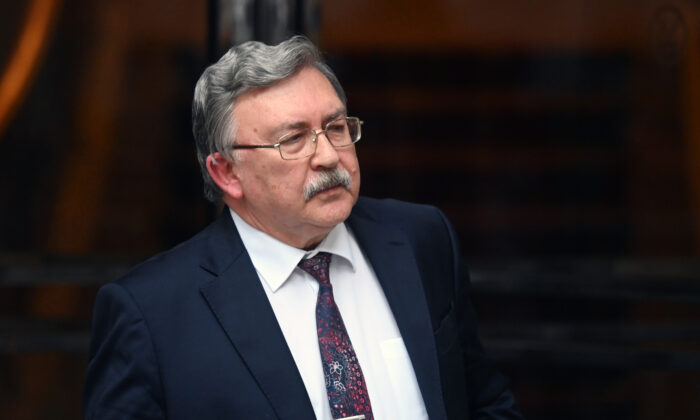 Moscow struck a defiant tone in reaction to the European Union’s new partial ban on Russian oil imports, with a senior Kremlin official saying his country would simply pivot to other importers.

E.U. leaders agreed at a May 30 summit in Brussels to embargo the majority of Russian oil imports into the bloc by the end of 2022 as part of the sixth package of sanctions against Russia over its invasion of Ukraine.

Mikhail Ulyanov, Russian Permanent Representative to international organizations in Vienna, reacted to the decision with a critical tweet.

“Russia will find other importers. Noteworthy that now she contradicts her own yesterday’s statement. Very quick change of the mindset indicates that the #E.U. is not in a good shape,” Ulyanov wrote.

Von der Leyen initially downplayed the chances of a breakthrough at the summit but leaders reached a compromise after Ukrainian President Volodymyr Zelenskyy delivered a video address urging them to end internal disputes and agree on an “effective” sanctions package that includes oil.

An agreement on an E.U. embargo on Russian oil imports was held up by concerns over supplies by some members.

Hungary, in particular, which gets over 60 percent of its oil, insisted it could only get on board if its oil supply security was guaranteed.

The oil embargo covers Russian oil imports into the E.U. that come by sea, which account for around 90 percent of oil imports into bloc. Another 10 percent that is delivered by pipeline are exempt, as requested by Hungary.

“We will soon return to the issue of the remaining 10 percent of pipeline oil,” Michel and Von der Leyen said in a joint statement at a briefing following the summit.

The sixth sanctions package also ejects Sberbank, the biggest bank in Russia by assets, from the SWIFT international payment system.

The package also expands the blacklist of Russian state media outlets to an additional three.

There’s also a prohibition on insurance and reinsurance of Russian ships by E.U. companies and a ban on providing Russian companies with a range of business services.