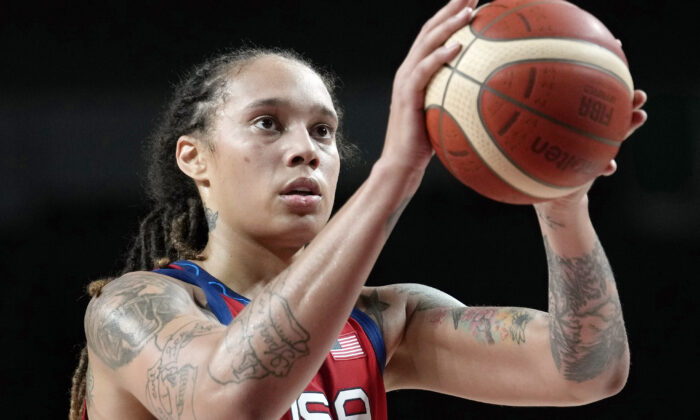 A court in Russia on March 17 denied an attempt by lawyers to secure the release of U.S. basketball player Brittney Griner, who was arrested in February on charges of drug smuggling.

Griner, a WNBA player, plays professional basketball in Russia for UMMC Ekaterinburg. She allegedly had hashish oil in her luggage at an airport near Moscow after landing there.

A judge in Moscow extended Griner’s detention for two months this week before rejecting the bid for her release, according to RIA Novosti.

Lawyers representing Griner told the court the arrest was illegal and holding her was not necessary considering the charges. They said no bed in the prison system is adequate for Griner, who stands 6’9″ and spoke via videoconference from the pretrial detention center in which she’s being held.

Prosecutors disputed the arguments, alleging the arrest was lawful and the law doesn’t provide for Griner to go on house arrest because she’s a foreign citizen.

Griner, a two-time U.S. Olympic gold medalist, could land up to 10 years in prison if convicted.

Griner’s agent, Lindsay Kagawa Colas, has told news outlets that her team is aware of Griner’s situation and is “in close contact with her, her legal representation in Russia, her family, her teams and the WNBA. and NBA.”

The WNBA is the professional women’s league in the United States. Many players play overseas during the offseason.

“There’s only so much I can say given the privacy considerations at this point,” he said.

“Let me be very clear. Brittney Griner is a United States citizen. She was a guest in Russia. I will be demanding her release. I’ve just spoken to the State Department to try to get them to focus on her circumstances,” Lee told reporters in a recent press conference.

“The detention of WNBA player Brittney Griner by Russia is extremely concerning,” Rep. Mike Quigley (D-Ill.) added in a statement. “The U.S. must do everything in its power to secure her immediate release.”