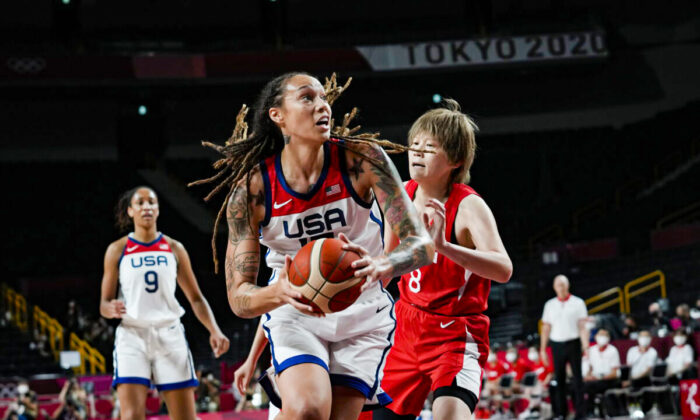 WNBA star Brittney Griner was detained in Russia after allegedly being caught with hashish oil in her luggage, according to her agent and several Congress members.

“As a U.S. citizen was passing through the green channel at Sheremetyevo Airport upon arriving from New York, a working dog from the Sheremetyevo Customs canine department detected the possible presence of narcotic substances in the accompanying luggage,” the Russian Federal Customs Service said in a statement, without naming Griner.

It added: “The customs inspection of the hand luggage being carried by the U.S. citizen confirmed the presence of vapes with specifically-smelling liquid, and an expert determined that the liquid was cannabis oil (hash oil), which is a narcotic substance.”

Both the WNBA Players Association and Griner’s agent confirmed over the weekend that she was detained and was identified as a woman shown in a Russian Federal Customs Service video going through security at the Sheremetyevo airport near Moscow.

“Our utmost concern is BG’s safety and well-being,” the WNBA Players Association said in a statement to news outlets, referring to Griner. “On behalf of The 144, we send our love and support. We will continue to closely monitor and look forward to her return to the U.S.”

Her agent, Lindsay Kagawa Colas, told ESPN, “We are aware of the situation with Brittney Griner in Russia and are in close contact with her, her legal representation in Russia, her family, her teams, and the WNBA and NBA.”

Colas added she is “not able to comment further on the specifics of her case but can confirm that as we work to get her home, her mental and physical health remain our primary concern.”

During the offseason, Griner, 31, had been playing for Russian team UMMC Ekaterinburg and made her last appearance on Jan. 29. It’s not clear when she was detained.

“Brittney Griner is a United States citizen, she was a guest in Russia…and I will be demanding her release,” said Lee during a weekend press conference.

The incident comes as Western countries, including the United States, has levied heavy sanctions against Russia, including its Central Bank, President Vladimir Putin, members of the country’s elite, and other institutions over its Feb. 24 invasion of Ukraine. A number of corporations pledged that they would not operate or do business in Russia.

When asked about Griner at a news conference this weekend, U.S. Secretary of State Antony Blinken said the United States will provide assistance, adding that an Embassy team is working on her case.

“There’s only so much I can say given the privacy considerations,” he said in a press conference with Moldovan President Maia Sandu. “Whenever an American is detained anywhere in the world, we of course stand ready to provide every possible assistance, and that includes in Russia.”