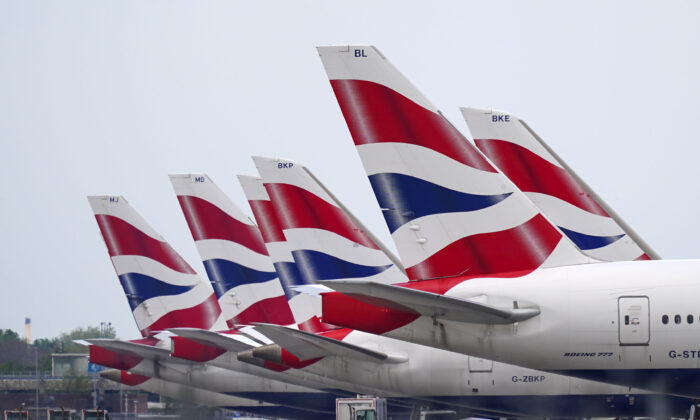 Russia has banned British flights from landing at its airports and from crossing its airspace after the United Kingdom closed its airspace to Russian airlines, including Aeroflot.

Prime minister Boris Johnson confirmed that the UK has banned all aircraft on a scheduled service which is, “owned, chartered or operated by a person connected with Russia, or which is registered in Russia” from entering UK airspace on Thursday.

The move came as part of Johnson’s “largest-ever” package of sanctions against Russia in the wake of its invasion of Ukraine.

Grant Shapps, Secretary of State for Transport of the UK, said on Twitter after the announcement that all Russian airlines schedules to enter the UK would be prohibited, adding that “Putin’s heinous actions will not be ignored” and that the UK government “will never tolerate those who put people’s lives in danger.”

In a statement, the UK Civil Aviation Authority (CAA) confirmed that it has suspended Aeroflot’s foreign carrier permit until further notice.

“This means that Aeroflot will not be permitted to operate flights to or from the United Kingdom until further notice,” the statement reads.

In response to the move by the UK, Russia’s civil aviation authority, Rosaviatsiya, said that it has banned all flights by UK airlines to the country, as well as transit flights, starting from Friday.

“This measure was taken in accordance with the provisions of the Intergovernmental Air Services Agreement between Russia and the UK as a response to unfriendly decisions by the UK aviation authorities regarding the restriction on regular flights of aircraft owned, leased or operated by a person associated with Russia or registered in Russia,” Rosaviatsiya said.

“Yesterday, in accordance with the norms of international law, in order to discuss the issue of flights between the two countries, a proposal was sent to the British Aviation Authorities to hold consultations. This morning, a negative response was received from colleagues in the UK.”

“This is the basis for the adoption by the Russian side of mirror measures in accordance with the provisions of the Intergovernmental Agreement on Air Services between Russia and the UK in order to comply with the principle of parity and equal rights for airlines,” the civil aviation authority said.

In a statement issued hours earlier, Rosaviatsiya had said that intergovernmental agreement on air service between Russia and the United Kingdom meant that Russia reserved the “right to apply mirror measures.”

The civil aviation authority also noted that an Aeroflot flight, scheduled for February 25, 2022, had been canceled but no other flights appear to have been canceled as of yet.

State-owned Aeroflot was founded in 1923 and is Russia’s national airline. Before the ban, the airline conducted daily flights between Moscow and London.

For now, it is unclear what effects the flight ban will have on UK airlines, although they look likely to pay higher fuel costs while passengers can expect longer journey times on flights to countries in the far East, which would typically include a layover in Russia.

Meanwhile, a number of other flight companies have canceled or changed their flight routes to Russia amid its invasion of Ukraine.

On Friday, Russian special-ops groups had reportedly made their way into the capital city of Kyiv, Olexander Scherba, a Ukrainian diplomat, said.