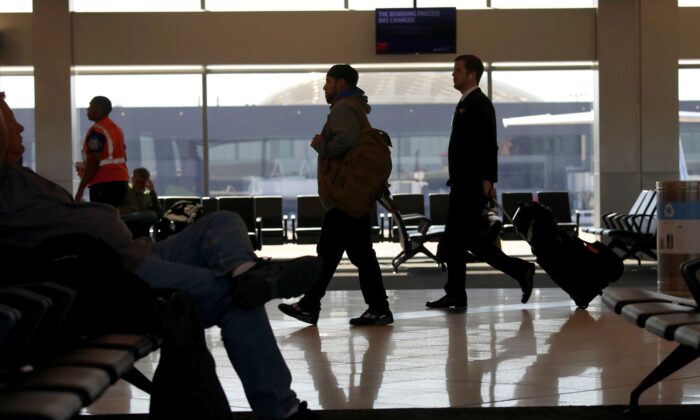 Travelers walk through terminal A at Hartsfield-Jackson Atlanta International Airport, in Atlanta, on April 20, 2020. (Rob Carr/Getty Images)
By Tom Ozimek