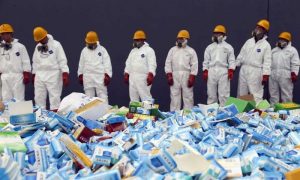 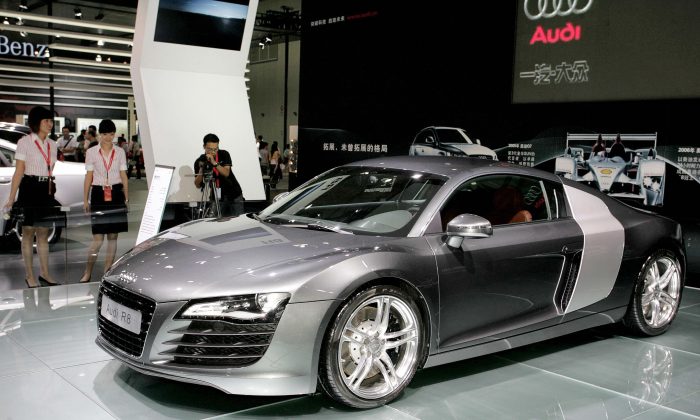 More Than 3,000 Chinese-made Audi Owners Claim to Be Victims of Toxic Auto Parts

An article posted on Chinese social media platform WeChat quickly went viral for exposing health problems associated with toxic parts allegedly foundin Chinese-built Audi cars. Following the article’s publication, 3,000 people spoke out to say that they had developed health conditions from toxic parts used in their Audi cars, which had been built in China.

The article, posted March 8, was allegedly written by the families of six leukemia patients who contracted the disease after “they all bought [Chinese-made] Audis.”

Among the 3,000 reported victims, 150 are critically ill, suffered miscarriages, or gave birth to babies with birth defects.

According to previous reporting by The Epoch Times on March 20, the authors of the WeChat refer to six Audi cars that were all manufactured by Chinese automaker FAW-Volkswagen. The owners developed leukemia over the following years after purchasing the vehicle and that two of the six owners are now deceased. The authors suspect the use of asphalt dampers in the cars caused the disease.

Insiders in the Chinese auto industry backed this line of thinking. Speaking to Chinese media outlets, they said that asphalt dampers are widely used in a wide variety of domestic auto models. In developed countries, car manufacturers opt to use polymer resins or rubber for their dampers instead.

Audi, a well-known German auto producer, partners with FAW-Volkswagen, a Chinese-German joint venture set up in 1990. The company manufactures Audis at its plant in Changchun, northeast China.

On March 24, the article’s main author, a woman surnamed Lin, told Radio Free Asia that more than 3,000 domestic-made Audi owners have contacted her and formed a social media group to discuss their health issues and take actions to seek justice for themselves. Some of them did not draw a connection between their health problems and Audi until they read her WeChat article.

According to Lin, out of the thousands of Audi owners, about 150 suffered serious health problems after owning the vehicles. Thirty of them also contracted leukemia, while others developed lung cancer, lymphoma, and liver damage. Some women reported damage to their unborn children, resulting in miscarriages and birth defects.

Lin also wrote that even though the victims publicized their claims and reported their vehicle numbers, no representatives of state-owned quality assurance agencies have commented in response to their concerns. Audi dealers responded briefly to media inquiry, saying that all vehicles they sold had passed quality inspections.

“At present, no relevant government agency has intervened in this case. There is nobody doing anything about it. The car dealers, in interviews with reporters, simply claims that their cars don’t have any issues. When the reporters try to probe further, [the dealers] simply avoid the problem by hanging up.”

Huang Zhijie, who had previously worked at Xinhua News Agency as editor-in-chief and as executive editor of Chinese magazine New Media, now runs a self-media on WeChat. Huang republished the article written by the six families on his WeChat account. Due to his widespread following, Huang’s post was viewed by three million people in a matter of days.

According to Huang, he received anonymous threats for sharing the article.