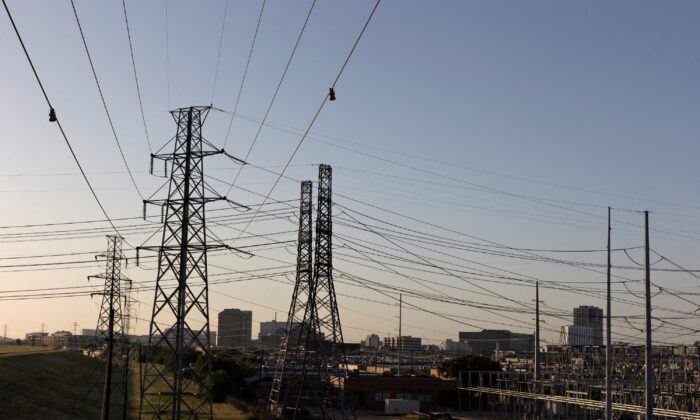 Power lines are seen during a heat wave with expected temperatures of 102 F in Dallas on June 12, 2022. (Shelby Tauber/Reuters)
Energy

More Than 20 Million American Households Behind On Energy Bills

More than 20 million households in the United States are behind on their energy bills, according to a recent Bloomberg report based on data from the National Energy Assistance Directors Association (NEADA).

The households in question owe a combined $16 billion in unpaid utility bills, with the average balance owed climbing to $792, a 97 percent jump since 2019.

The number of Americans delinquent with their utility companies has doubled from pre-pandemic levels, as millions throughout the United States struggle with debt and inflation.

Household electricity bills were up 15.2 percent year-over-year in July, the largest annual increase since the 12-month period ending in February 2006, according to the U.S. Bureau of Labor Statistics’ Consumer Price Index for July.

Increasing numbers of Americans are facing a choice between food, housing, and keeping the power on as inflation rates remain high, and price increases are already outpacing the average rate of wage increases, according to recent government reports.

A loss of power can be fatal in many households, especially when there’s a heat wave.

There were 190 heat-related deaths in the United States in 2021, according to the National Weather Service.

At least 41 states have some sort of protection against utility shutoffs during the winter, while only 19 have laws or regulations preventing power cuts during hot summers, Indiana University’s Energy Justice Lab told Bloomberg.

Prices for natural gas, which fuels about 40 percent of the American power grid, were up 30.5 percent in July compared to the same time in 2021.

The cost of other fuels, such as coal and oil, have also soared over the past year.

State power companies like California’s PG&E Corp. reported a more than 40 percent jump in the number of customers behind on payments since February 2020, while New Jersey’s Public Service Enterprise Group Inc. reported that the number of delinquent customers has risen 30 percent since March, according to Bloomberg.

American utility companies are not generally affected by accumulated debt from unpaid customers, as most state regulators allow them to recover their losses by charging extra fees to paying customers or through taxpayer subsidies.

There have been increasing calls for states and the federal government to take action and offer more assistance, and the state of California recently passed a budget with $1.4 billion to help residents pay past-due utility bills.

Moratoriums in some states, which halted electricity disconnections during the COVID-19 pandemic, are no longer covering many residents.

A bipartisan group of nearly 60 U.S. lawmakers in early August requested additional emergency funding beyond the $4 billion set aside for 2023 to the Low Income Home Energy Assistance Program, which helps low-income households pay their energy bills.