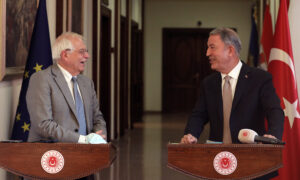 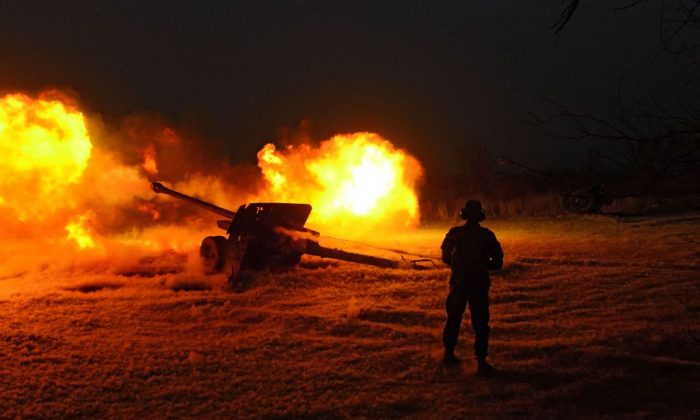 More Than 20 Killed in Attacks in Afghanistan

LASHKAR GAH, Afghanistan—A series of terrorist attacks in Afghanistan killed more than 20 people, officials said on Saturday, ahead of an international meeting next week aimed at building diplomatic support for hoped-for peace talks with the Taliban.

Taliban terrorists attacked an Afghan army post overnight on Friday, killing 18 government soldiers, while a suicide bomber in the capital killed three people and wounded five, and separate attacks in Helmand killed at least three others.

The attacks came as a high-level NATO delegation visited Afghanistan, pledging support for President Ashraf Ghani’s government, which on Wednesday hosts the latest in a series of diplomatic meetings aimed at laying the groundwork for a possible political process involving the Taliban.

Violence has intensified in Afghanistan since U.S. President Donald Trump in August unveiled a more aggressive strategy, with U.S.-led forces carrying out more air strikes, and the Taliban responding with bombs, ambushes and raids.

The Taliban, fighting to drive out foreign forces and re-impose its version of strict Islamic law, said in a statement it had attacked a government army post overnight on Friday in the western province of Farah. Government officials confirmed the attack.

“A large number of Taliban attacked an army outpost and we lost 18 soldiers and two were wounded,” said government spokesman Dawlat Waziri.

On Saturday a bomber blew himself up on a road in Kabul near an office of the Afghan intelligence services, the latest in a spate of attacks in the city in which hundreds of people have been killed and wounded. Islamic State claimed responsibility in a message carried by its Amaq news agency.

The capital has been on high alert since a Taliban suicide bomber blew up an explosive-packed ambulance on a busy street on Jan. 27, killing more than 100 people and wounding at least 235.

A week earlier, terrorists had killed more than 20 people, including four Americans, in an attack on one of the city’s top hotels. The Taliban claimed that attack too.

General John Nicholson, the top U.S. commander in Afghanistan, said NATO would help authorities improve security in the capital as well as aiding Afghan forces in pressuring the insurgents with air strikes.

“We expect the enemy to continue with these horrendous attacks,” Nicholson said, but added there had been a “lowering of ambition” by the Taliban which he said had given up trying to seize cities or whole provinces in favor of soft civilian targets.

“The Taliban cannot win and their best hope for the future is to engage in reconciliation,” Nicholson told reporters at a news conference in Kabul.

Although there appears to be no immediate prospect of any negotiations with the insurgents, officials say low-level contacts, aimed at establishing the basis for future talks, have been going on behind the scenes.

“Talks about those – beginning talks are certainly in the works in different forms,” Kay Bailey Hutchison, the U.S. permanent representative to NATO, said. “So don’t think that nothing is happening. A lot is happening in a very beginning stage … of a way forward.”

Islamic State’s Afghan affiliate, which first appeared near the border with Pakistan in 2015, has become increasingly active and has claimed several recent attacks, although Nicholson said its strength had been severely diminished and the movement had only between 1,500 and 2,000 fighters.

“We have cut their numbers in half over the last two years,” he said. Most fighters were Pakistani terrorists, with no sign of the flood of foreign fighters seen in Syria and Iraq.