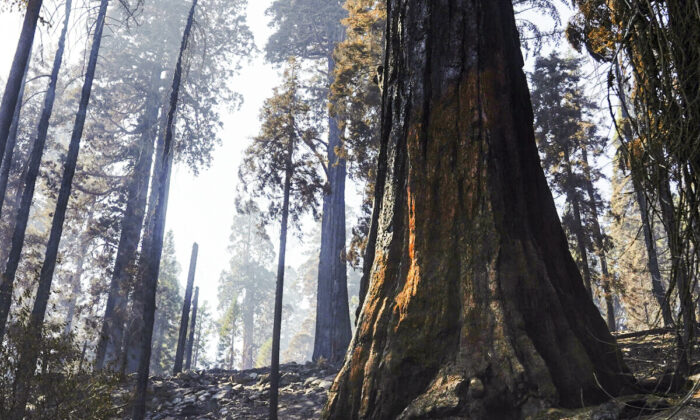 More than 100 world leaders have committed to support an agreement to halt and reverse deforestation and land degradation by 2030, the UK government announced on Nov. 1.

The leaders, representing more than 86 percent of the world’s forests, agreed to work together on the Glasgow Leaders’ Declaration on Forests and Land Use at the COP26 climate summit, also called Conference of the Parties 26, in Glasgow, Scotland.

Downing Street said the pledges were backed by $12 billion (8.75 billion pounds) of public funding from 12 donor countries over a four-year period between 2021 to 2025. The funding will go toward supporting developing countries, tackling wildfires, restoring degraded land, and advancing the rights of indigenous peoples and local communities.

A further $1.5 billion (1.1 billion pounds) in private investment will come from 11 countries and philanthropic donors and will be used to protect the forests of the Congo Basin, which is home to the second-largest tropical rainforest in the world, and is “critically important to global efforts to address climate change as well as to sustainable development in the region,” the government said.

Fourteen country and philanthropic donors also pledged to give at least $1.7 billion over four years to “advance Indigenous peoples’ and local communities’ forest tenure rights and support their role as guardians of forests and nature,” Downing Street said.

An additional $7.2 billion (5.3 billion pounds) of private-sector funding has also been mobilized.

The land covered by the agreement spans the northern forests of Canada and Russia to the tropical rainforests of Brazil, Colombia, Indonesia, and the Democratic Republic of the Congo—with an area of more than 13 million square miles.

Australia, Brazil, China, Germany, Israel, Japan, and Russia are among the more than 100 countries endorsing the agreement.

“These great teeming ecosystems—these cathedrals of nature—are the lungs of our planet. Forests support communities, livelihoods, and food supply, and absorb the carbon we pump into the atmosphere. They are essential to our very survival,” British Prime Minister Boris Johnson said.

“With today’s unprecedented pledges, we will have a chance to end humanity’s long history as nature’s conqueror, and instead become its custodian.”

Indonesia’s President Joko Widodo said: “Indonesia is blessed as the most carbon-rich country in the world on vast rainforests, mangroves, oceans, and peatlands. We are committed to protecting these critical carbon sinks and our natural capital for future generations.

“We call on all countries to support sustainable development paths that strengthen the livelihoods of communities—especially Indigenous, women, and smallholders.”

The UK government said that, currently, almost 23 percent of global emissions come from land-use activity such as logging, deforestation, and farming.

“It is good news to have a political commitment to end deforestation from so many countries. … That Indigenous peoples are finally being acknowledged as key protectors of forests is particularly welcome,” Simon Lewis, professor of global change science at the University College London, said in a statement.

“However, the real challenge is not in making the announcements, but in delivering synergistic and interlocking policies and actions that really do drive down deforestation globally.”