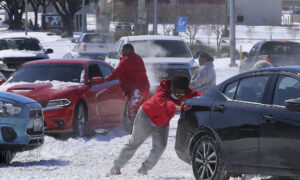 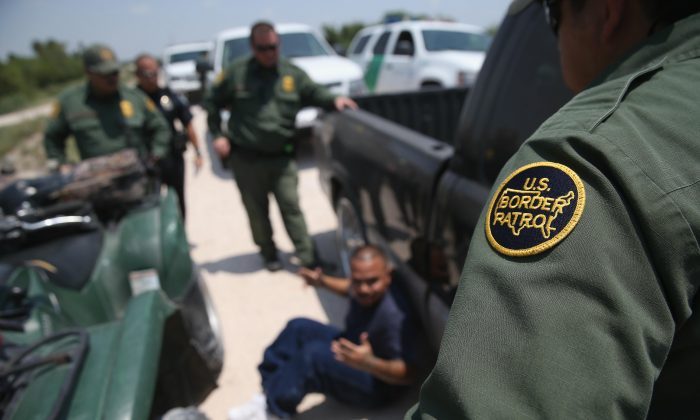 Officials in Texas said Thursday they are looking for at least 100 illegal immigrants who fled a refrigerated truck after they were allegedly smuggled into the United States.

Bexar County Sheriff Javier Salazer said they received reports that the 100 undocumented migrants fled the truck as it was parked at a gas station near San Antonio.

Officials got word that “undocumented immigrants were being smuggled into the country,” said Salazar in a news conference, adding that the immigrants were pleading to be given air.

When deputies approached the truck, they saw people jumping out of it. Then as more deputies arrived, Salazar said a “large crowd of people poured out of the truck and ran to the woods.”

So far, according to officials, about 38 men and 12 women have been detained.

“It’s sub-zero temperatures here, just about, and it’s still snowing. And our concern is people are going to be very much exposed to the elements and quite frankly, we’re worried some of these people may be in distress very, very soon here,” Salazar said, elaborating on why it’s necessary to find the people. He noted that some of the people were only wearing a T-shirt and jeans.

This week, a number of areas in Texas grappled with frigid temperatures, causing widespread power outages.

Salazar added that the majority of the migrants were from El Salvador and Guatemala, adding that he believes the smugglers are on the loose.

Last week, officials said they received a call from a man who dialed 911 and said he was inside a tanker truck that was carrying 80 undocumented immigrants to San Antonio.

The U.S. Immigration and Customs Enforcement (ICE) told news outlets last week that at least one person was taken into custody.

Meanwhile, ICE has dropped “detainer” requests against 26 people in Texas in recent weeks, said Jason Clark, chief of staff at the Texas Department of Criminal Justice. Immigration authorities issue detainers to local or state law enforcement agencies holding a person who is potentially in the U.S. illegally. When a person in the U.S. illegally completes their sentence for a crime, ICE can seek to take them into immigration custody.

“Our concern is that you have individuals that have offenses in which we believe they would pose a public safety threat,” Clark said. “And so dropping the detainer, in turn, is threatening public safety and we expressed that to immigration officials.”