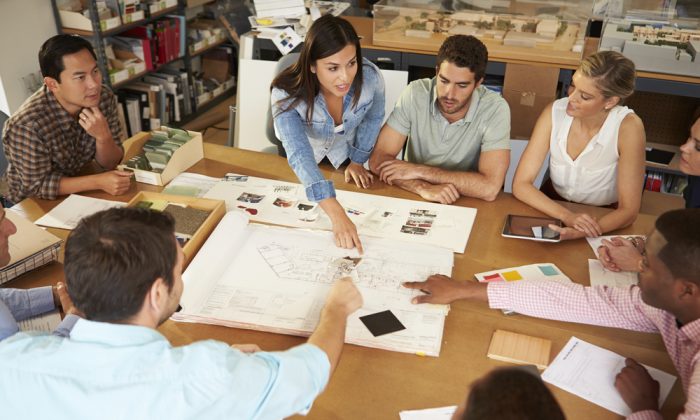 What is the optimum gender split for productivity? (*Shutterstock)
Careers

Once commonplace, the phenomenon of all-female or all-male workplaces have largely gone the way of the buggy whip.

Many of the benefits of this increased diversity might be difficult to measure and quantify, but my coauthor Wallace Mullin and I set out to try to measure two potential effects of gender diversity in the workplace: on “social capital” and on performance.

Social capital, roughly speaking, refers to the stock of things like goodwill, happiness, and cooperation, which lead to mutual benefit within the group. Obviously, we care about how happy workers are for many reasons, but there was an additional important question: regardless of whether social capital is higher or lower in a more mixed workplace, how does that mix effect the eventual performance of the firm?

In particular, we would investigate these questions with detailed data provided by a firm which operated about 60 offices with various gender mixes.

Our first set of findings, that men and women had higher levels of social capital in offices closer to all-female or all-male, did not surprise us much. Employees reported being happier and having higher morale and cooperativeness in these gender-homogeneous offices. There is a long list of empirical literature documenting higher levels of social capital in more homogeneous groups, ranging from Harvard undergraduates to Union soldiers in the Civil War.

The second set of findings was more surprising: despite reporting more happiness and higher morale, offices that were closer to all-female or all-male were less productive. We measured productivity with revenues but controlled for various costs in the analysis. And the estimated magnitudes were substantial. If we could run the experiment of changing the composition of an all-male or all-female office to a 50-50 split, our results suggest a 41% increase in revenue.

What are possible mechanisms driving these results? Our analysis is agnostic on this question, but we can speculate on possible causes. For instance, if you are in an office with coworkers more like you, perhaps you are happier but you also tend to spend more time chatting around the water cooler, lowering your productivity.

Both a strength and a weakness of this study is that it was conducted on data from a single firm. A caveat we would offer, then, would be that we are not sure how generally these results might hold. Other firms might have different methods of managing diversity and could exhibit different effects of diversity on social capital and on productivity.

There are benefits, too, to analyzing data from a single source. We can know details about how the firm operates and use those details to inform our analysis.

For instance, one concern that researchers would often have in such a study is whether the gender mix in a particular office was caused by the performance in that office, instead of the other way around – in other words, how do we know we have identified a causal relationship?

One standard way to address this concern would be to run an experiment where every employee was randomly assigned to an office and then look at performance of each office as a function of the randomly-occurring gender mix there. Most firms would never allow such an experiment for obvious reasons, but we feel that we got something close.

At the time we collected the data for the study, this firm was young and growing rapidly. If they identified employees or potential employees who were willing to relocate to another city to start a new office, they often agreed. They did not employ human resource consultants or industrial psychologists during this period. They did not target a preferred gender mix. Concerns of equity or affirmative action were not looming large.

They were growing quickly and wanted to open as many new offices as they could. We did not have a random controlled trial, but this setting mitigates concerns that employees were placed in certain offices because of their sex. So, in other words, although employees were not randomly assigned to offices, as far as gender was concerned, they were practically as good as randomly assigned.

*Image of an office via Shutterstock